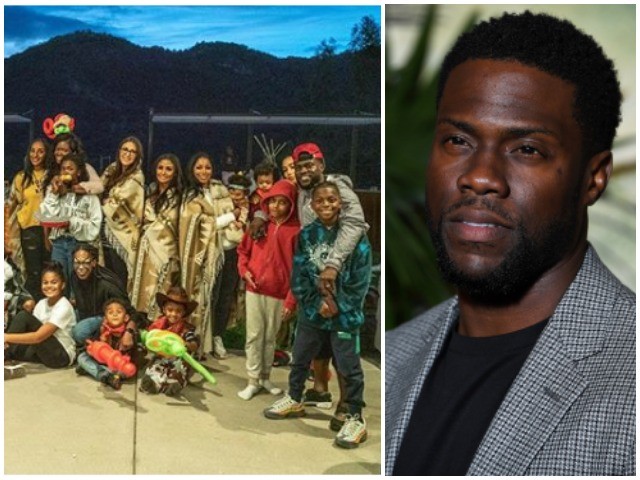 Actor-comedian Kevin Hart went after critics of his son’s Cowboys & Indians-themed birthday party in a new interview, describing the controversy as “dumb sh*t.”

TMZ reports that on his SiriusXM radio show “Straight from the Hart,” Kevin Hart described hearing about the backlash to his children’s party theme from his wife Eniko, and mocked how some people said it was “insensitive.”

Indeed, some social media users attacked the Hollywood A-lister after he threw a cowboys and Indians themed party for his son. The critics accused him and his wife of offending Native Americans by appropriating their culture, with one commenter saying, “Imagine being so woefully out of touch, that one marginalized group appropriates another…”

The Night School actor said, “The reason why I’m even bringing this dumb shit up is because it shows just how stupid our world is becoming with opinions. People are at a point of an all-time high, to throw racial judgment into the development of a 1-year-old’s birthday party where the theme is Cowboys and Indians, and it’s based around the outfits that are given to these young kids.”

The 39-year-old also said that the party “isn’t something that was just started.”

“This isn’t a racial slur that people are doing and being malicious with. This is a game that’s been played for years,” he said.