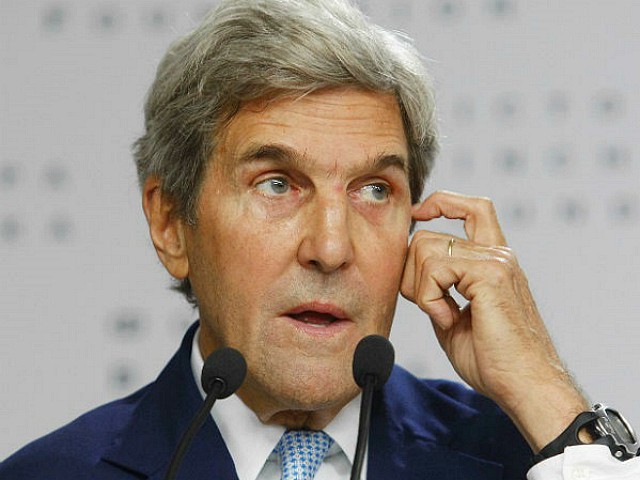 During a Sunday interview on New York AM 970 radio’s “The Cats Roundtable,” former Secretary of State John Kerry refused to rule out a potential 2020 presidential bid.

“I’m not ruling anything out, but I’m not sitting around, you know, actively laying the groundwork or making any plans,” Kerry told host John Catsimatidis. “I think the focus of everybody right now should be on the election that’s going to take place in 33 days, 34 days — somewhere in there. We have an opportunity in the midterms to voice our dissatisfaction. We have a lot of good candidates around.”

Kerry also discussed the current condition of Washington D.C., calling it “broken” and “in a bad place.”

“Washington is broken,” he stated. “Most Americans understand that. It’s a mess. The Congress is dysfunctional because it’s torn apart ideologically. Politically, it’s in a bad place. And it’s a sad thing. Because we need to be … making decisions faster. We need to be rebuilding our country.”