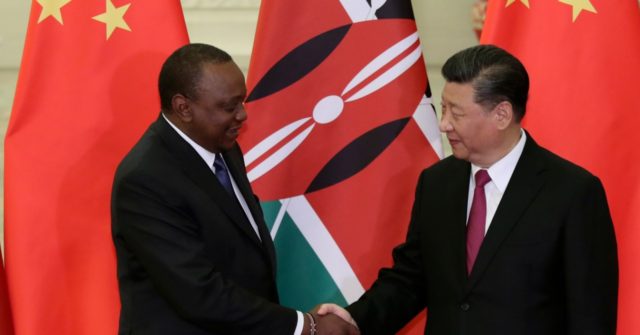 Kenya’s Daily Nation on Tuesday accused China of forcing the Kenyan government into a “lopsided multibillion-shilling deal for the operation of the Standard Gauge Railway” and using similar strongarm tactics to push Kenya into a “debt trap” coal deal worth $9 billion in U.S. dollars.

The Daily Nation described the coal deal as a “bad project” and “another financial goof”:

The Sh900 billion [about $9 billion U.S.] will be paid as capacity charge to Lamu Coal owners for connecting their generators to the national grid, and will be due whether or not the plant is in operation and supplying energy to Kenyans.

As a result, experts have warned that building the proposed 981-megawatt (MW) plant in Lamu would be another costly error for the country, and that the taxpayer would be locked into a 25-year power purchase agreement (PPA) that would force electricity consumers to pay more to meet the costs of the project.

Most nations have been abandoning coal-powered plants for clean energy, and as a result Kenya has been criticised for embracing coal-powered generators at a cost that adds to a growing national debt, now at $7.3 billion (Sh739 billion), with China being biggest lender.

The article cited a report from the U.S.-based Institute for Energy Economics and Financial Analysis (IEEFA), which called the Lamu coal power plant a “costly mistake” that could cost Kenyan taxpayers billions of dollars even if it never generates any electric power.

The IEEFA charged the coal-fired plant will divert resources from better alternatives for energy generation, locking Kenyans into buying power that costs over ten times what the project’s advocates initially claimed. The project commits Kenya into paying for a large amount of electrical capacity even if the plant fails to produce that much energy or Kenyan end users fail to purchase it voluntarily.

“Amu Power’s claims for the cost of Lamu-generated electricity are unrealistically low, and assumptions about how much electricity the plant will generate are overly optimistic,” the think tank judged.

The Daily Nation reported that industrial growth in Kenya has been lower than expected when the Lamu project was approved and the cost of imported coal is much higher, making it unlikely the plant can pay for itself. Additionally, Kenya’s power company is still locked into a 25-year contract to buy power from Ethiopia and would be obliged to continue buying electricity even if the Lamu plant achieved its generation goals and made the purchases from Ethiopia unnecessary.

Officials defended the Lamu project to the Daily Nation by insisting 95 percent of the energy generated by the plant will be purchased and consumed by Kenyans and stating a low cost for the coal it requires was locked in when the relevant agreements were signed.

Foreign Policy on Sunday criticized China for talking about environmental sensitivity but “exporting its high-pollution coal industry to pristine places like Kenya’s Lamu island.” The Chinese are, in effect, making money in the Third World by constructing the sort of power plants that have been ostentatiously banned in many provinces of China.

The staggering cost and dubious profitability of the Standard Gauge Railway mentioned by the Daily Express make it the model of China’s “debt trap” imperialism in the eyes of many critics. The IEEFA and skeptics of the Lamu power plant see it as another extravagant, poorly-thought-out project that will never generate enough revenue to repay the loans taken out from Chinese banks to construct it – borrowed money that largely went right back into Chinese coffers when construction companies from China moved in to handle the work authorized by Kenya.

The Kenyan government maintains it is highly satisfied with its participation in Beijing’s “Belt and Road” infrastructure initiative, but many Kenyan citizens are growing nervous about China’s increasing control of their economy.

The latest controversy surrounds Chinese efforts to take over small markets in Nairobi, long seen as a bastion of Kenyan entrepreneurship. Some Kenyan opposition politicians are worried about Chinese nationals acquiring Kenyan citizenship as they move to the country for industrial projects and business deals and eventually growing so numerous they can elect Chinese candidates to hold high offices in Kenya, a process critics describe as “state capture.”