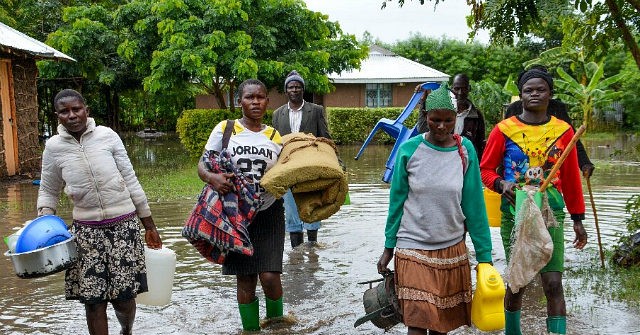 Flood victims in the Kenyan region of Tana River County will receive a beating before their rescue in future calamities as they have ignored the government’s safety instructions, the regional governor, Dhahdo Godhana, warned on Monday.

Speaking to locals in the wake of recent flooding, Godhana said that those who defy orders from both local and national authorities to vacate the wetlands in the future should be punished with “whips” as local authorities cannot afford to spend large amounts of money on rescuing victims of such natural disasters.

“Mr. County Commissioner, we will not just head for the usual rescue mission,” he said. “I urge you to equip yourselves with whips. We shall rescue as we ship individuals until they learn to obey directives.”

Godhana pointed out that local authorities have recently spent more than 20 million Kenyan shillings ($184,000) on rescuing flood victims and providing them with food and accommodations. This does not include the amount also spent by non-governmental organizations in supporting them through their ordeal.

The governor admitted that his attempts to create a “cluster program,” a project aimed at moving potential flood victims to higher ground, had not been successful because people had ignored or, in some cases, opposed it.

“This cluster program was an idea to protect you from losses, and I will stand by it to the grave even if you don’t appreciate it. But it’s for you who have been suffering for decades,” he complained.

Flooding across East Africa has added to the woes faced by the region already under intense pressure amid high poverty rates and the impact of the Chinese coronavirus pandemic and its subsequent lockdowns. Adverse weather conditions have hit countries including Rwanda, Somalia, Burundi, Ethiopia, Uganda, Democratic Republic of Congo, Djibouti, and Tanzania.

According to U.N. figures, nearly six million people have been affected by the flooding, while 1.5 million of them were forced from their homes, a four-fold increase compared with five years ago. Kenya is understood to be the country hardest hit by flooding. In May, at least 194 were killed within the span of a month while hundreds of thousands were forced to flee as floods and landslides struck the country.