Kenya Airways says it plans to stop transporting monkeys on behalf of a Mauritius-based primate farm after a recent such shipment suffered an escape of four cynomolgus macaques while in transit in Pennsylvania to a U.S.-based laboratory that uses the animals as subjects of science experiments, Africanews reported Monday.

Africanews based much of its January 31 report on an original article published by the PhillyVoice on January 28, which itself cited a letter to the animal rights group People for the Ethical Treatment of Animals (PETA) written by Kenya Airways Chairman Michael Joseph as its information source.

Joseph told PETA it plans “to end the transport of all wild animals and will stop shipping macaques” when its contract with a primate farm in Mauritius terminates at the end of February.

PETA reached out to Joseph after a Kenya Airways-facilitated macaque shipment was the subject of a traffic accident on January 21, resulting in four of the 100 monkeys escaping into a Pennsylvania community. 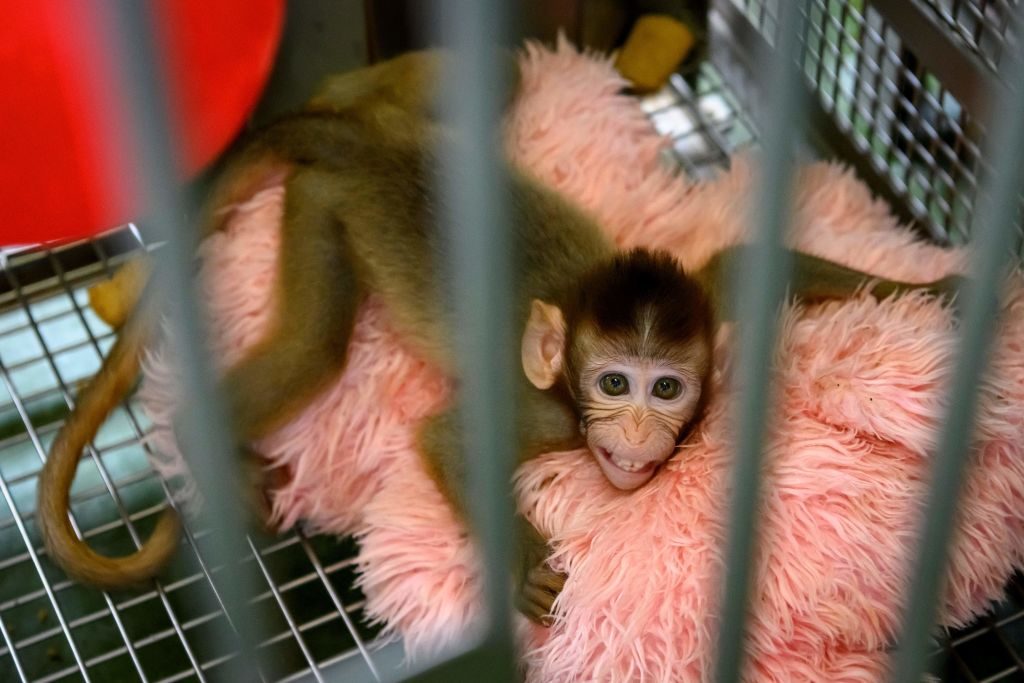 This picture taken on May 23, 2020 shows a laboratory baby monkey reacting in its cage in the breeding centre for cynomolgus macaques (longtail macaques) at the National Primate Research Center of Thailand at Chulalongkorn University in Saraburi. Thai scientists from the centre have begun testing a COVID-19 novel coronavirus vaccine candidate on monkeys. (MLADEN ANTONOV/AFP via Getty Images)

“Four monkeys escaped from their crates last Friday [January 21] after the truck taking them to an undisclosed lab crashed with a dump truck in Danville, Montour County,” the PhillyVoice recalled on January 28. “One of the monkeys was corralled at the scene. The three others became the subjects of a lengthy search by Pennsylvania State Police and the Pennsylvania Game Commission, which located and euthanized the animals last Saturday [January 22].”

“A woman who was driving directly behind the truck and assisted at the scene became ill after she had close contact with monkey feces and saliva,” the PhillyVoice revealed. “The U.S. Centers for Disease Control & Prevention [CDC] advised the woman to seek medical attention. She has since received a rabies vaccination and is on an antiviral medication.”

“From there, the monkeys were placed on a truck that later crashed on Route 54 near I-80 in rural Pennsylvania last Friday,” according to the PhillyVoice.

“As a conservationist I am equally horrified even though I am assured that … every international guideline has been followed,” Joseph told the animal rights group PETA in an email seen by the PhillyVoice. 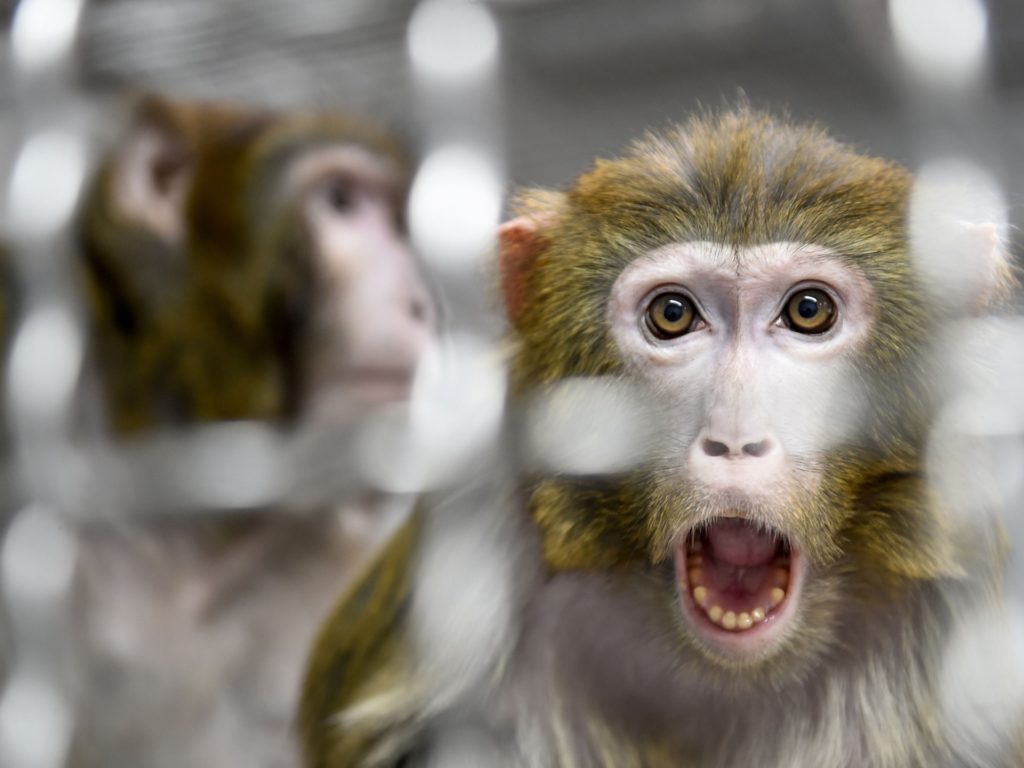 A Rhesus macaque, part of the 11 rescued monkeys from research laboratories, looks on from the quarantine room of the future animal shelter ‘La Taniere’, in Nogent-le-Phaye near Chartres, on March 13, 2019. (JEAN-FRANCOIS MONIER/AFP via Getty Images)

It remains unclear if Kenya Airways has transportation contracts with other lab animal farms besides the unspecified primate breeder in Mauritius involved in the January 21 incident in Pennsylvania. Macaques are in high demand by U.S.-based labs for use in pharmaceutical and academic research, especially since the onset of the Chinese coronavirus pandemic in March 2020.

“The US government is investing heavily to breed more monkeys at the national facilities that house primates for biomedical research,” Nature reported in July 2021.

“The goal is to offset an ongoing shortage of these animals, which grew worse in 2020 as scientists tested scores of COVID-19 [Chinese coronavirus] vaccines and treatments on primates before trials began in people,” the British medical journal observed.

This shortage has been further complicated by China, which was previously one of the biggest suppliers of cynomolgus macaques “but stopped shipping the animals once the pandemic began,” according to Nature.

The primates involved in the January 21 traffic accident in Pennsylvania belonged to the cynomolgus macaque species.

China’s decision to halt exports of cynomolgus macaques in 2020 “was hardest on pharmaceutical companies, which prefer that species for drug trials,” Nature noted.

The U.S. government’s National Institutes of Health (NIH), like other academic labs, focuses more on a different species of primate called rhesus macaque.

“Rhesus monkeys tend to thrive in captive research environments, and decades of research on the species means their biology and genetics are well understood,” according to Nature.

The medical journal further revealed that transporting lab animals has “arisen as a particular challenge” over the past decade as animal rights groups have increased pressure on transit companies to halt the practice.

The National Association for Biomedical Research (NABR), a U.S.-based advocate in support of animal research, “filed a complaint with the US Department of Transportation in 2018, asking it to order airlines to carry the animals,” Nature recalled.

A coalition of 90 companies, universities, and science societies petitioned the U.S. Department of Transportation in June 2021 with the same goal.