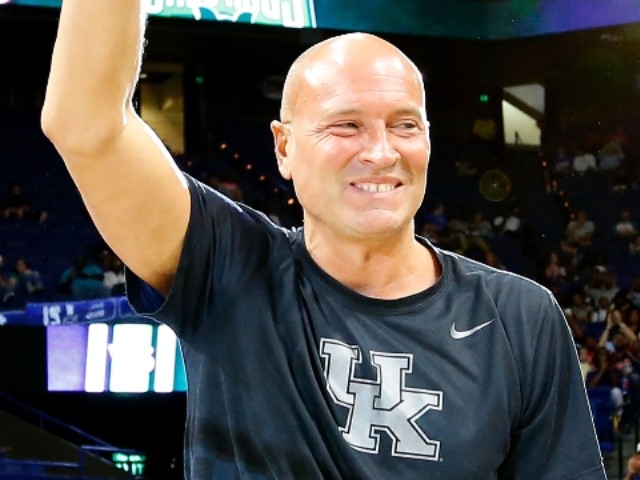 A pair of University of Kentucky basketball greats are demanding that their plaques be removed unless the school stops the sale of Ku Klux Klan and Nazi items sold at collector’s historical swap meets and gun shows held at the university’s Expo Center.

Rex Chapman, a University of Kentucky star from the 1986 to the 1989 seasons who went on to a 12-year-long NBA career, told the school that he does not want his plaque hanging at the school unless they disallow Nazi items at the collector’s show sales, the Louisville Courier Journal reported.

“If you guys can’t guarantee Nazi clothing & paraphernalia won’t be sold/glamorized on the premises then I would ask that my plaque be removed from the facility,” Chapman wrote on Twitter. “I want no part of hate.”

Hi @KyVenues –
My KY HOF plaque hangs in Freedom Hall commemorating induction in 2011.
If you guys can’t guarantee Nazi clothing & paraphernalia won’t be sold/glamorized on the premises then I would ask that my plaque be removed from the facility. I want no part of hate. Thanks.

Chapman was joined in his sentiment by sports radio man Mike Pratt who played at UK from 1967 to 1970.

“I am with you Rex they can remove mine also…No room for hate in my world, Pratt tweeted.

After the Journal’s story and the past players’ complaints, the school noted that they don’t control every show in the Expo Center.

For its part, the Kentucky Expo Center released the following statement:

Kentucky Venues finds the sales of items representing racist ideology to be despicable and unacceptable. In light of the recent event at the Kentucky Exposition Center where Nazi and white supremacy items were discovered to be for sale, the Chairman of the Kentucky State Fair Board will propose strengthening existing exhibitor policies at the next board meeting on November 15.

The Expo authorities also noted that the two-day show was already over, but would reconsider the items for future shows.