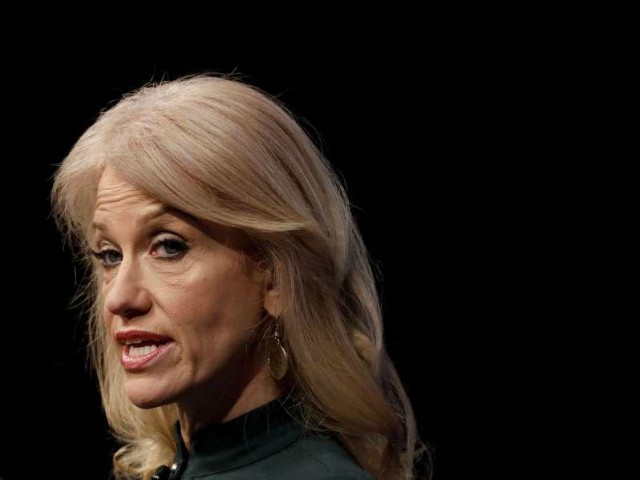 White House counselor to the president Kellyanne Conway detailed in an interview published Friday allegations of an assault at a Maryland Mexican restaurant.

Conway revealed the story to CNN, saying it took place in 2018 shortly after the Supreme Court fight over the nomination of Justice Brett Kavanaugh. Conway was at Uncle Julio’s, a Mexican restaurant in the Maryland suburbs of Washington DC, with her teenage daughter during the incident. Her daughter filmed part of the altercation on her phone.

“Somebody was grabbing me from behind, grabbing my arms, and was shaking me to the point where I felt maybe somebody was hugging me,” Conway said. “She was out of control. I don’t even know how to explain her to you. She was just, her whole face was terror and anger. She was right here, and my daughter was right there. She ought to pay for that.”

Conway called the police and the resulting investigation identified the alleged assailant as Mary Elizabeth Inabinett. She was charged in November with second-degree assault and disorderly conduct and faces a court date in March.

Conway’s alleged incident is the third disruption of a Trump official dining at a Mexican restaurant.

During a meal at Espita Mezcaleria, senior Trump advisor Stephen Miller was called a “fascist” and Department of Homeland Security Secretary Kirstjen Nielsen was forced out of the MXDC restaurant by protesters shouting “Shame!”

Conway told CNN that it was time for the left to get over the results of the 2016 election.

“[Y]ou need to control your temper, control yourself. You need to get over the damn 2016 election and do that because chances are — the big chances and I believe — that this man will be re-elected,” she said, referring to President Donald Trump.