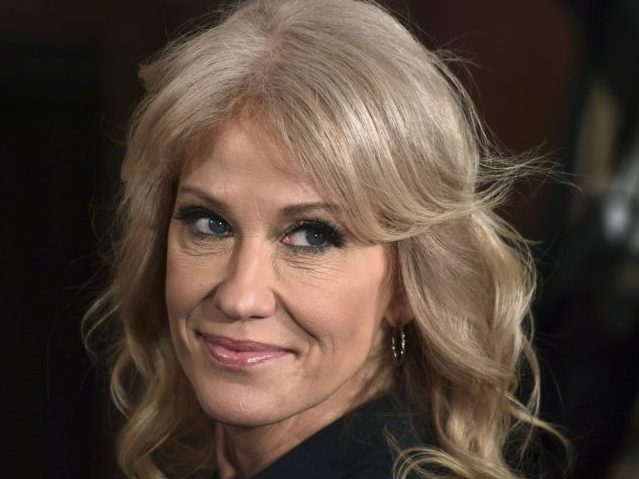 White House counselor Kellyanne Conway got into a tense exchange with CNN reporter Jim Acosta on Tuesday, calling him a “smart ass.”

Conway responded, “Yes Jim, and can you promise that you will? The whole truth and nothing but the truth, so help you God? Am I allowed to mention God to you?”

CNN’s Jim Acosta: “Kellyanne, can you promise the president will tell the truth tonight?”

Conway: “Yes, Jim. Do you promise that you will? … this is why I am one of the only people around here who even gives you the time of day…because you’re such a smartass most of the time” pic.twitter.com/8fZ1iycl9R

Acosta responded, saying that he doesn’t have “an alternative facts problem” like she does.

“You know, Jim…make sure that goes viral,” she said. “This is why, by the way, this is why I’m one of the only people around here who even gives you the time of day. And let me get back in your face, because you’re such a smart ass most of the time and I know you want this to go viral, a lot of these people don’t like you,” she said, gesturing at other reporters.

She then defended her infamous “alternative facts” remark and told Acosta that there are many corrections that CNN should issue.

When Acosta tried to follow up, beginning a question by saying, “Ma’am…” Conway said, “No no, don’t call me ‘ma’am’ to make it up.” She then moved on to another reporter.

Acosta has had an infamously rocky relationship with the White House. In November, Acosta’s press pass was revoked after an incident where a female aide attempted to remove a microphone from his hand and he wouldn’t give it up.

His pass was later reinstated after CNN made plans to sue the White House.