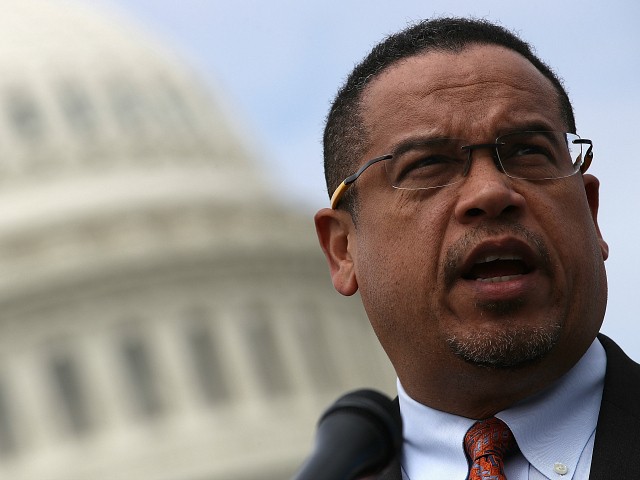 Rep. Keith Ellison’s (D-MN) lead in the race for Minnesota attorney general is dropping as he remains under fire for allegations of domestic abuse against an ex-girlfriend.

Ellison’s lead over Republican challenger Doug Wardlow has slipped in several polls since his ex-girlfriend Karen Monahan came forward with allegations that claimed the Minnesota Democrat dragged her by her feet off a bed and yelled profanities at her in 2016.

One poll showed the Minnesota Democrat in a dead heat with Wardlow, noting that 40 percent of those surveyed said they would consider the domestic abuse allegations in deciding on whether to vote for Ellison.

Monahan, who posted a tweet in September with a photo of a 2017 medical document identifying Ellison as her abuser, has been dragged through the mud by the Democrat Party since she came forward in 2017 with her allegations against Ellison:

Ellison has denied the allegations, claiming his accuser fabricated them. The Minnesota Democrat then asked the state Democratic Party to investigate Monahan’s allegations, bringing in a lawyer affiliated with the party, Susan Ellingstad, to conduct the investigation.

“An allegation standing alone is not necessarily sufficient to conclude that conduct occurred, particularly where the accusing party declines to produce supporting evidence that she herself asserts exists,” Ellingstad said in the report.

The Minnesota Democrat, who signaled in an early October interview that he might step down from his DNC post to focus on the attorney general race, also requested in late September that the House Committee on Ethics conduct an investigation into Monahan’s claims.