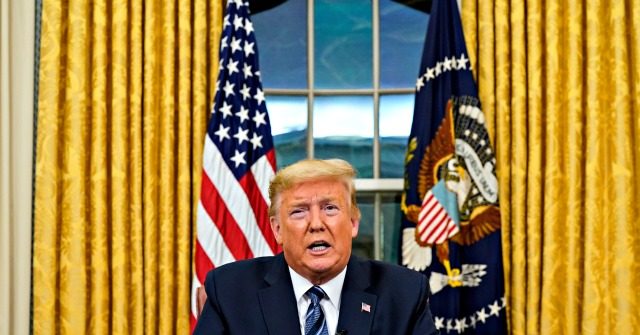 White House Press Secretary Kayleigh McEnany indicated Monday in an interview that President Donald Trump would not address the nation in the Oval Office as riots continued in America’s major cities.

McEnany argued President Trump’s decision to label Antifa as a terrorist organization was proof he was still the “law and order” president and would continue to take “bold action.”

“He’s taking every single possible action to ensure that our streets are safe,” she said.

McEnany said there were “legitimate peaceful protesters” protesting the death of George Floyd who should be considered separate from the violence in the streets.

“We’ve got to discern and distinguish this violent Antifa from the protesters who do have a legitimate grievance,” she said.

McEnany referred to a video of a police officer hugging a weeping protester, showing Americans were still coming together at a time of violence and division.

“That is what defines us as a country, not the burning of St. Johns and the looting and rioting that we’ve seen,” she said.