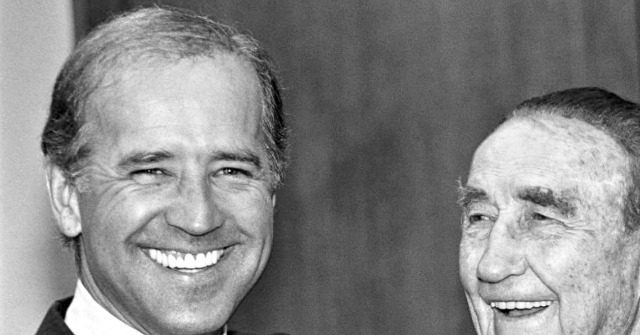 “Where do you draw the line here?” McEnany asked during the White House press briefing, referring to HBO’s decision Tuesday to pull the film Gone with the Wind over historically racially insensitive content.

“What about people that are alleged by the media to be segregationists?” she continued, citing campaign reporting from CNN, The Washington Post, and MSNBC in the 2020 Democrat primary.

McEnany noted that Biden teamed up with segregationists to fight court-ordered student busing to desegregate schools.

“I’ll leave you with the question? Should we then rename the Biden Welcome Center?” she asked, before leaving the podium.

The Biden Welcome Center on Interstate 95 was renamed in 2018 in honor of former Vice President Joe Biden and his family.