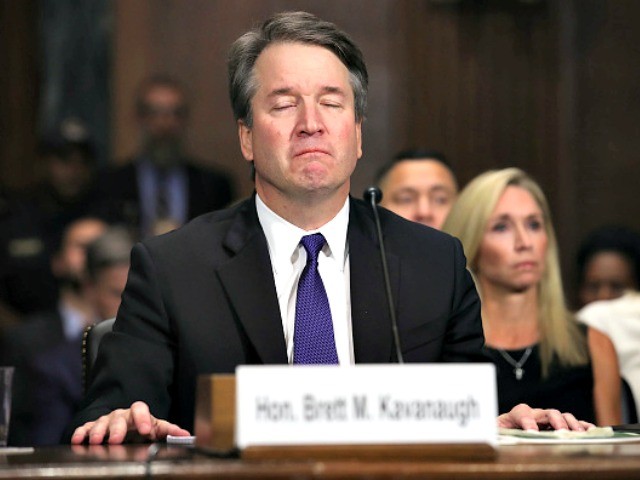 Feinstein’s question session with Kavanaugh was contentious from the outset, with Kavanaugh repeatedly explaining that he was ready to defend himself against his accusers’ allegations the day each were made. Things reached a boiling point, however, when Feinstein began talking about the lack of more involvement from FBI agents in the confirmation process.

“We hear from the witness, but the FBI isn’t interviewing them and isn’t giving us any facts. So all we have–,” Feinstein began, when in a highly unusual move for a Senate hearing, an indignant Kavanaugh interrupted Feinstein.

FBI nominee background investigations, like Judiciary Committee staff investigations, do not reach conclusions about guilt or innocence. They simply collect evidence for senators to use in making their decisions.

When Feinstein’s questioning turned to the heart of the matter, things were no less tense.

“What you’re saying, if I understand it, is that the allegations by Dr. Ford, Miss Ramirez, and Miss Swetnick are wrong,” Feinstein said to Kavanaugh, who in his more than half-hour opening statement denied all allegations of sexual misconduct levied against him, including detailed denials of the allegations of Christine Blasey Ford, the only accuser present at Thursday’s hearing.

Julie Swetnick, the third of Kavanaugh’s accusers and client of “Resistance” lawyer Michael Avenatti, made the most aggregious allegations against him. Through Avenatti, she claimed Kavanaugh, three years her junior, was part of a gang of prep school boys who routinely drugged and then gang raped young girls in the Washington, DC, area for years in the 1980s.

“That is emphatically what I’m saying. Emphatically,” Kavanaugh said in response to Feinstein. “The Swetnick thing is a joke, that is a farce!”

“Would you like to say more about it?” Feinstein asked.

A sharp “No.” was Kavanaugh’s only response.

With some of her five minutes still remaining, Feinstein ended her questioning, passing the floor back to Arizona sex crimes prosecutor Rachel Mitchell. As in Thursday morning’s testimony from Ford, Mitchell questioned Kavanaugh for each of the 11 Republicans on the Senate Judiciary Committee.