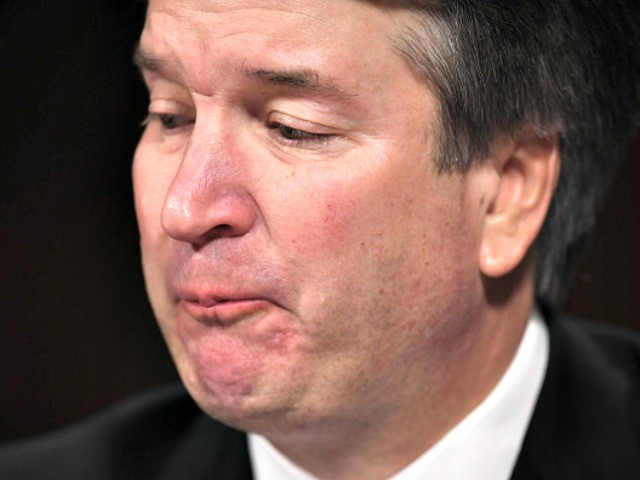 Supreme Court nominee Judge Brett Kavanaugh had to pause to fight back tears as he told Senators during Thursday testimony of his ten-year-old daughter offering prayers for the woman accusing him of sexual assault.

“This onslaught of last-minute allegations does not ring true,” said Kavanaugh. “I’m not questioning that Dr. [Christine Blasey] Ford may have been sexually assaulted by some person, in some place, at some time, but I have never done this to her or to anyone. That is not who I am. It is not who I was.”

“I am innocent of this charge,” declared Kavanaugh. “I intend no ill will to Dr. Ford and her family.”

“The other night Ashley and my daughter Liza said their prayers. And little Liza, all of ten years old…” Kavanaugh said, his voice shaking and  appearing to stifle tears as he paused in an apparent attempt to compose himself. He continued, “…said to Ashley, we should pray for the woman.” He added, “That’s a lot of wisdom from a ten-year-old.”

“We mean no ill will,” Kavanaugh expressed, as he continued his testimony.