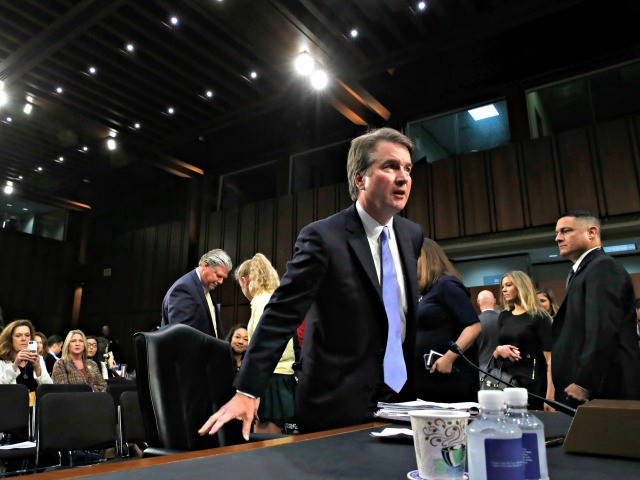 Contradicting earlier reports, the Senate Judiciary Committee will reconvene for an additional hearing on Judge Brett Kavanaugh’s Supreme Court nomination in which both Kavanaugh and his accuser, Christine Blasey Ford, will testify under oath.

Ford has accused Kavanaugh of groping her and forcing himself on top of her at a high school party in or around 1982. The accusation, known to Senate Judiciary Committee Ranking Member Dianne Feinstein (D-CA) for more than six weeks but kept private until after the end of the scheduled hearings on Kavanaugh’s nomination, has thrown an already chaotic confirmation process even further afield of the norm.

Earlier Monday, sources close to the confirmation process were confident Thursday’s scheduled final committee vote would still take place. But that vote is now unlikely to take place until at least next Tuesday.

The reports emerged shortly after Sen. Susan Collins (R-ME) told reporters she would need to see both Ford and Kavanaugh tesitfy under oath on the matter before she cast her vote.

The news of a Monday hearing took even staffers close to Judiciary Committee Chairman Chuck Grassley’s (R-IA) office by surprise. Even after talk of a hearing flowed, Kavanaugh, who categorically denies Ford’s accusation, had indicted he was willing to testify under oath as soon as Tuesday this week.

Grassley himself confirmed the reports in a statement shortly therefore, setting 10:00 a.m. as the hearing start and indicating the hearing was decided on after Senate Democrats refused to participate in a Monday evening conference call with Kavanaugh on the matter.