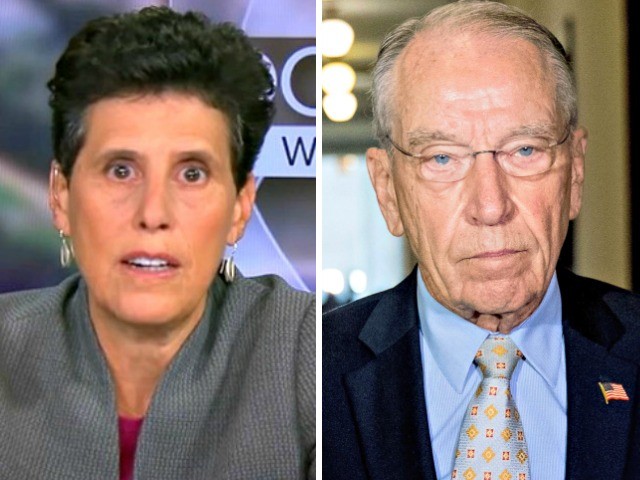 “Your cavalier treatment of a sexual assault survivor who has been doing her best to cooperate with the committee is completely inappropriate,” Katz wrote as she demanded an additional day’s delay in giving an answer.

The new demand comes after almost a full business week since first being offered the opportunity to testify in any one of a number of ways, including in open committee and behind closed doors, as to her allegation that Kavanaugh and another teenager attacked and groped her at a high school party more than 35 years ago.

Earlier Friday evening, Grassley had set a 10:00 p.m. deadline, after which he would schedule a committee vote on Kavanaugh’s Supreme Court confirmation. That 10:00 p.m. Eastern deadline was imposed after Grassley’s relenting from a 10:00 a.m. deadline to let the Judiciary Committee know if Ford would be testifying under oath on Monday. A new date of Wednesday was offered, with an initial deadline to accept of 5:00 p.m., but after rejecting a series of Ford’s lawyers controversial demands, a final extension of five hours was offered.

Among these demands were a Thursday or later hearing date and a prohibition on the Senate Judiciary Committee enlisting female outside lawyers to assist them in taking Ford’s testimony. Most controversially, Ford’s legal team demanded that Ford, the accuser, testify after the accused, Kavanaugh. In their final offer letter, Republican Judiciary Committee staff called this demand in a particular “an affront to fundamental notions of due process.”

If Grassley and his fellow Republicans on the Judiciary Committee stick to their announced plan, the committee will convene for a vote Monday. If, as expected, the Republican majority votes to approve Kavanaugh’s confirmation, it will pass to the full Senate, where a vote for cloture, setting up a final full-Senate vote, can be taken Wednesday morning. That final vote could then be taken Thursday, allowing Kavanaugh to take a seat on the Supreme Court in time of the start of the Court’s October term.

In her Friday night email, Katz insists that “the 10 p.m deadline is arbitrary. Its sole purpose is to bully Dr. Ford and deprive her of the ability to make a considered decision that has life-altering implications for her and her family.”

Timing in the case, however, has serious implications for Kavanaugh’s confirmation. Without a hearing Monday, or at the very latest Wednesday, as Grassley had offered, confirming Kavanaugh before the start of the Supreme Court’s new term becomes virtually impossible.