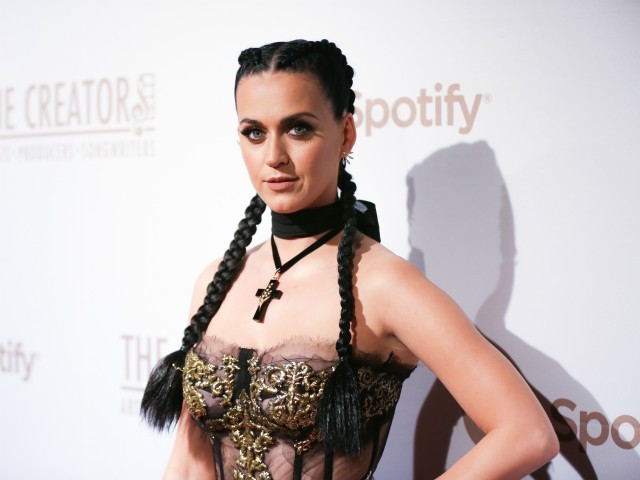 Pop superstar Katy Perry revealed in a new interview that she keeps a dartboard with an image of President Donald Trump in her house for the purpose of stress relief.

“I have this rule that I just say ’45.’ Everything is an energy. Words. Deep energy,” Katy Perry told Paper Mag, explaining that she doesn’t even say Trump’s name out loud.

The “California Gurls” singer also shared her closet dartboard with Trump’s image on it.

Hidden on the back door of a closet in her office is another means of what could be seen as stress relief: a dartboard depicting an image of the current president. Perry refuses to utter his name out loud. “I have this rule that I just say ’45.’ Everything is an energy. Words. Deep energy.”

The 34-year-old is certainly no fan of the president. In 2017, she claimed that the election of Trump “brought up a lot of trauma” in her.

“Misogyny and sexism were in my childhood: I have an issue with suppressive males and not being seen as equal,” she said. “I felt like a little kid again being faced with a scary, controlling guy.”

“I wouldn’t really stand for it in my work life, because I have had so much of that in my personal life.”

The “Hot n Cold” singer also responded to a 2017 terrorist attack in Manchester by calling for the abolition of national borders.

“Whatever we say behind people’s backs, the Internet can be a little bit ruthless as far as fan bases go but I think that the greatest thing we can do is just unite and love on each other,” Perry said.

“No barriers, no borders, we all just need to co-exist.”