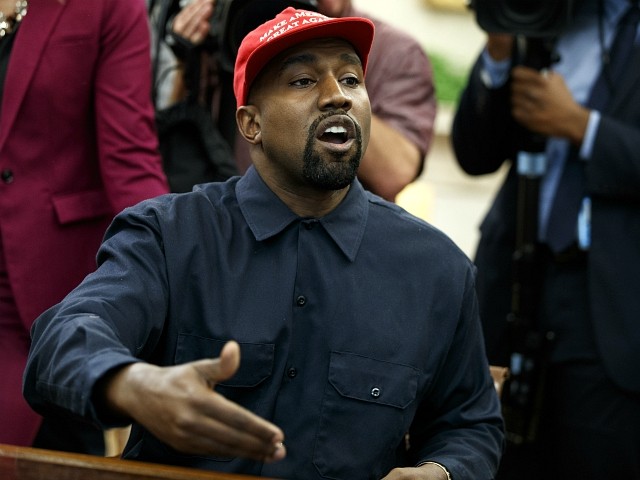 Hip-hop superstar Kanye West criticized the left at the White House on Thursday for trying to control black people with accusations of racism.

“A liberal will try to control a black person through the concept of racism because they know that we are very proud emotional people,” West said. “You think racism can control me? That don’t stop me, that’s an invisible wall.”

The famous rapper wore a Donald Trump campaign hat to the meeting, calling it his “superman cape” delivering an over 10-minute speech about his support for the president.

When reporters started asking him questions, he quickly responded.

“I think we need to care about all people,” he said.

He said he had grown after he said that George W. Bush didn’t care about black people, explaining that he had been conditioned by the left to have a “victim mentality.”

He also criticized the left for their attacks on police officers.

“We kill each other more than police officers,” West said, referring to black-on-black crime.

West added that black people complained about the “Again” word in Trump’s campaign slogan, but stated that, “time is a myth.”

“It hurts us because we need to focus on who were are today,” he said.

But West was not entirely supportive of Trump’s agenda, noting that he would discuss “stop and frisk” with the president.

He said that his dream was to have both Trump and Colin Kaepernick wearing a “Make America Great” hat.

West said that there was a lot of “good energy” in the Oval Office.

He concluded his Oval Office meeting by standing up and giving Trump a hug.

“I’m standing in this spot, I love this guy!” Kanye West said.