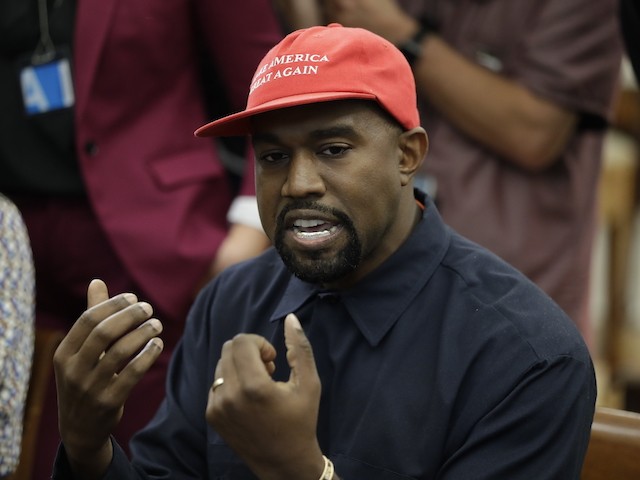 Hip-hop superstar Kanye West defended the Second Amendment on Thursday, in a visit at the White House with President Donald Trump.

West was asked reporters about gun violence in Chicago.

“The problem is illegal guns,” West replied. “Illegal is the problem, not legal guns. We have the right to bear arms.”

He said that there was a lot of hate building between police officers and the black community, but that the country also had to discuss black-on-black violence.

“As black people, we have to take a responsibility for what we’re doing. We kill each other more than police officers,” he said.

West spoke with the president for over 20 minutes about issues of race, culture, jobs, and unity.