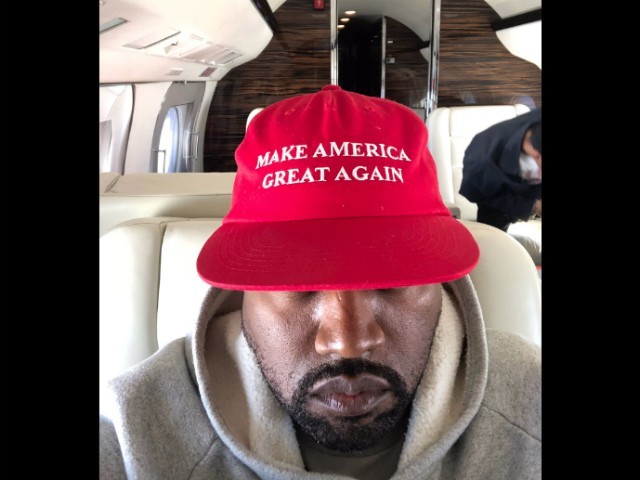 “I am American, and I support and give my ideas and support and brilliance to whoever ends up in office,” he said in an interview with TMZ. “That’s my stance, as an American. I support our president, bottom line, no matter who they are. This represents to me [is], y’all can’t bully me.”

TMZ host Harvey Levin urged West to remove the hat, warning him that he was sending the wrong message to the black community.

“I’m all for free speech, but when you wear that hat, which is a symbol of Donald Trump, I don’t understand why that isn’t a mixed message because Donald Trump has not been a friend of the black community,” Levin said.

“This represents – Y’all can’t bully me,” West replied, referring to “gang bangers” that tried to rip hats off of people in the streets. “Ain’t nobody ripping my hat off again.”

West said the hat represented “masculine energy” in his home and “leadership.”

He also said that the hat represented freedom of speech.

He clarified that the Saturday Night Live staff did not bully him before he went on stage on Saturday.

“The bullying came from just people around me people close to my circle, telling me why I shouldn’t be wearing the hat,” West said. “It put my energy in more of a reactionary place.”

Levin continued to insist that Trump was racist because he called black celebrities like Don Lemon and Lebron James “dumb” and referring to African countries as “shitholes.”

But West said that his message of love and positivity could help turn Trump in the right direction.