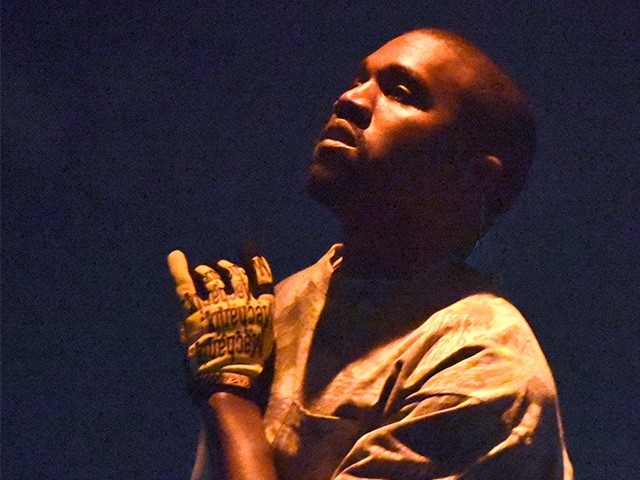 Grammy-winning rapper and fashion mogul Kanye West — an avid supporter of President Trump — is officially rebranding himself as “Ye.”

West took to social media on Saturday, just hours before his highly-anticipated Saturday Night Live appearance, to tell fans and the entertainment world that he will now be referred to by Ye, writing “I am YE.”

the being formally known as Kanye West

West, married to reality television star Kim Kardashian, teased new music for his fans as well. West said he would be releasing a new song ahead of his SNL appearance, where he is expected to wear Trump’s famous “Make America Great Again” (MAGA) hat.

YANDHI IS RELEASING THIS SATURDAY pic.twitter.com/ysqMrtc1RP

In April, West rocked the entertainment industry and the world when he announced his support and admiration for President Trump, posting a photo of himself wearing a MAGA hat, as Breitbart News chronicled.

“My MAGA hat is signed,” West wrote on social media at the time with a photo of his signed hat by Trump.

In August, West told the media that Trump wanted to be the “greatest president” for black Americans, urging black Americans to get behind the president’s “America First” agenda.

“I feel that he cares about the way black people feel about him, and he would like for black people to like him like they did when he was cool in the rap songs and all this,” West said. “And he will do the things that are necessary to make that happen because he’s got an ego like all the rest of us, and he wants to be the greatest president, and he knows that he can’t be the greatest president without the acceptance of the black community.”

“So it’s something he’s gonna work towards, but we’re gonna have to speak to him,” West said.