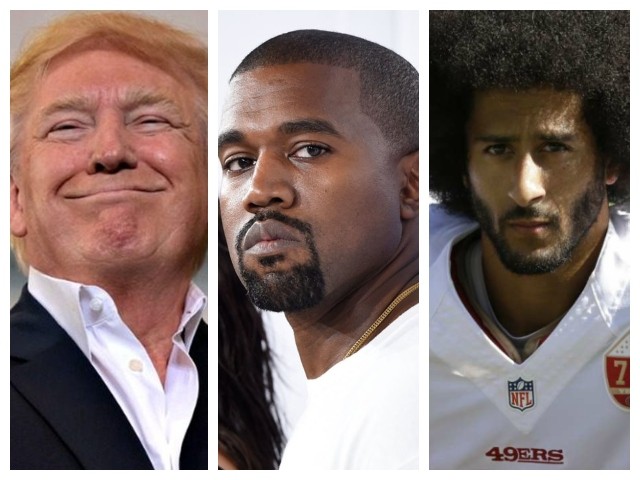 Rap star Kanye West says he would like to help facilitate a meeting between President Donald Trump, and anthem protester and Colin Kaepernick.

West discussed his idea of arranging the meeting during an appearance on TMZ Live Monday, where he noted that he hoped to become a catalyst to help the two solve their differences, the Score reported.

“I’ve been calling Colin this morning, reaching him so I can bring Colin to the White House and we can remove that ‘sons of bitches’ statement,” West said on Monday. “And we can be on the same page.”

President Trump has been a staunch opponent of the protests by millionaire NFL players who have been taking a knee during the playing of the national anthem since Kaepernick invented the form of protest in 2016.

In October of 2017, Trump noted that he felt Kaepernick should have been suspended for his protests.

“I watched Colin Kaepernick, and I thought it was terrible, and then it got bigger and bigger and started mushrooming, and frankly the NFL should have suspended him for one game, and he would have never done it again,” Trump told Fox News last year. “They could have then suspended him for two games, and they could have suspended him if he did it a third time, for the season, and you would never have had a problem. But I will tell you, you cannot disrespect our country, our flag, our anthem — you cannot do that.”