The latest Emerson College Poll has Kobach leading the race by one percentage point, taking 37 percent while liberal Democrat Laura Kelly takes 36 percent of the vote. Independent candidate, Greg Orman, takes less than ten percent of the vote, while 15 percent of Kansans said they are still undecided as to whom they will vote for. 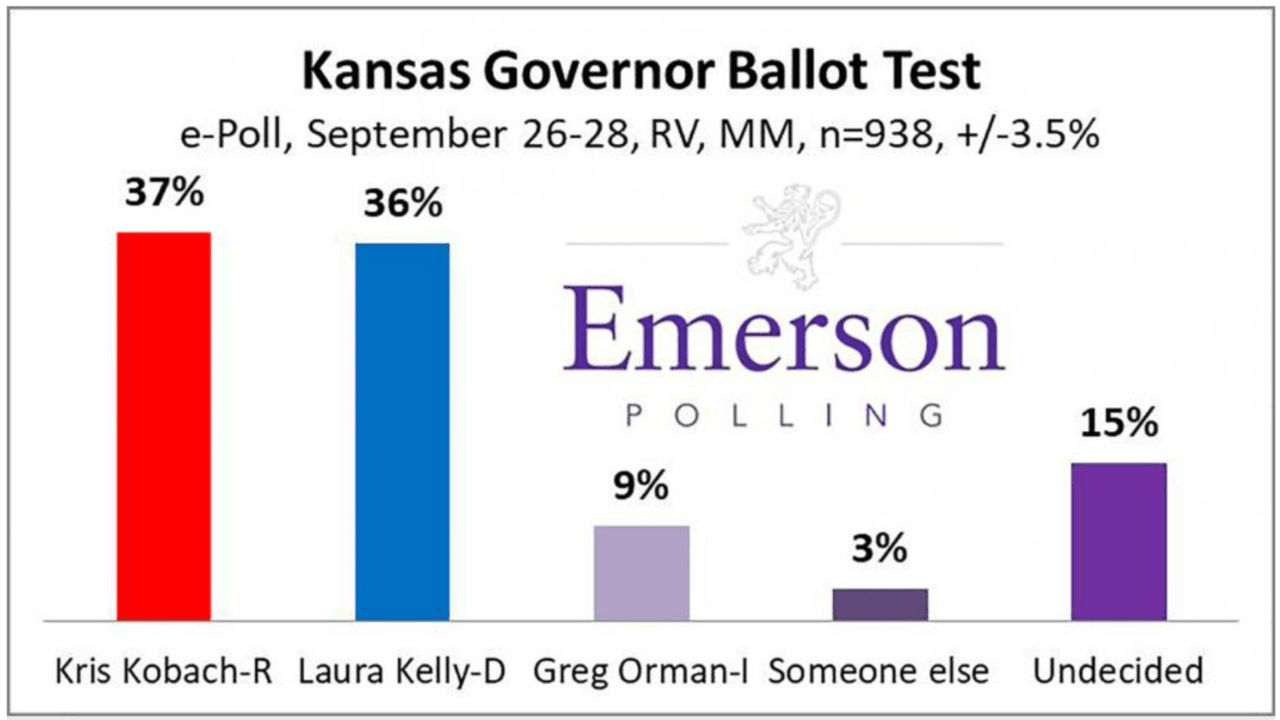 Kobach is expecting a boost in the polls after this weekend when Trump flies to Kansas to hold a rally for the gubernatorial candidate and staunch defender of the president on immigration and national security issues.

“We are leading, but polls are consistently showing that it is a very close race,” Kobach told Breitbart News. “Groups on the left are pouring money into the race. Fortunately, conservatives both inside Kansas and across the country are rallying to support me.”

The state’s 2nd congressional district is also being led by Democrat Paul Davis, with 35 percent, compared to the Republican candidate Steve Watkins’ 31 percent.