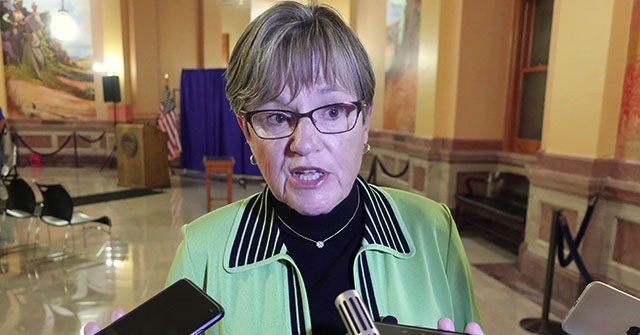 After the governor’s veto, Kansas Republican Party officials released a statement criticizing Kelley for vetoing the proposed map “just hours after the ACLU told her to.”

This isn’t the first time the Legislature has had to step up to protect Kansans from Laura Kelly’s partisan agenda. It is no coincidence she pulled out the veto pen just hours after the ACLU told her to. It’s clear she is beholden to New York’s special interests. The Legislature is bound to do what is best for Kansans, and we won’t back down from that responsibility.

The proposed “Ad Astra 2” map would split up the state’s third congressional district. That area is home to the state’s sole Democrat congresswoman, Sharice Davids (D-KS).

Without explanation, this map shifts 46% of the Black population and 33% of the Hispanic population out of the 3rd Congressional District by dividing the Hispanic neighborhoods of Quindaro Bluffs, Bethel-Welborn, Strawberry Hill, Armourdale and others from Argentine, Turner and the rest of Kansas City, Kansas south of I-70.

The bill will now go to the Kansas state House for final approval.