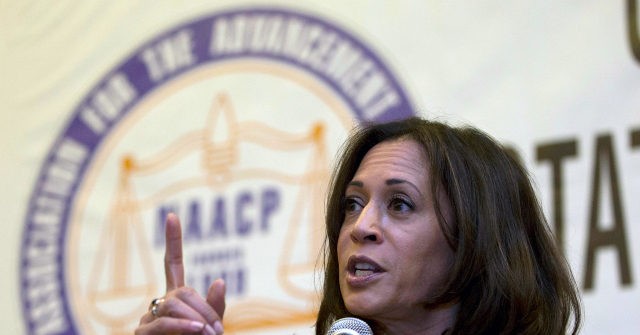 Sen. Kamala Harris (D-CA) shocked many on Sunday when she told Bloomberg News she wants to bring back busing, calling it “one of the methods by which we create desegregation.”

The 2020 Democrat presidential candidate was vague, however, in answering if she supports the controversial forced busing policies that divided the country in the 1970s.

Harris also qualified the degree to which busing should be the centerpiece of the desegregation policies she says she supports, as Bloomberg News reported:

Harris said Sunday that she supports busing as “one small piece” of broader federal and local efforts to diversify schools. “Listen, the schools of America are as segregated if not more segregated today than they were when I was in elementary school,” the 54-year-old said. “And we need to put every effort including busing into play to desegregate the schools.”

Democrat front runner Joe Biden, whom she attacked in last week’s Democratic presidential debate for saying he had worked with Democrat senators who supported segregation, opposed forced busing in the 1970s.

“Do you support busing today?” Jennifer Epstein, the reporter who wrote the Bloomberg News article, asked Harris at a Gay Pride event in San Francisco on Sunday.

“I support busing. Listen, the schools of America are as segregated if not more segregated today than they were when I was in elementary school. And we need to put every effort including busing into play to desegregate schools,” Harris responded.

“And why is desegregation important?” She continued:

Well segregation is a sign of inequality, meaning that we agreed a very long time ago through the Supreme Court and through activism and through what is just morally right, there is no such thing as separate but equal. And so busing is one of the methods by which we create desegregation and we make it more. And though there are a lot of things we need to do, though, that’s one small piece of a very big piece.

Epstein followed up with a second question.

“Should the federal government have a role?” she asked.

“The federal government has historically and should always have a role to play in ensuring equality in America. Those are principles upon which we were founded,” Harris responded, adding:

We spoke those words in 1776 that we are all equal and should be treated that way. And where states fail to do their duty, to ensure equality of all people and in particular where states actually create or pass legislation that creates inequality, there’s no question that the federal government has a role and responsibility to step up.

Epstein tweeted the transcript of her full exchange with Harris on Sunday:

Full exchange with Sen. Harris on busing (with my questions paraphrased) pic.twitter.com/UJam2aeqH1

Not everyone, however, agrees.

Kevin Mahnken wrote last year at 74million.org, a non-profit that focuses on education reform, “Some scholars and activists say that, following an energetic (if controversial) campaign of busing during the 1970s and ’80s, schools around the country have begun to resegregate,” adding that “white and black students [are] growing more isolated from one another. Skeptics respond by citing demographic changes that have made the American education system more diverse overall, shrinking the number of majority-white schools to integrate.” He continued:

Russ Whitehurst, an expert in education research and the founding director of the Institute of Education Sciences at the U.S. Department of Education, has explored the question of resegregation in a series of reports for the Brookings Institution. He argues that, contrary to the most pessimistic assertions of some commentators, school segregation has declined on the whole since the civil rights era.

That said, most of that progress in white-minority exposure has come from the enormous increase in the number of Hispanic and Asian-American students. Consequently, the percentages of both black and white students attending schools almost exclusively populated by members of their own race have plummeted since 1970.

By contrast, black-white exposure (the percentage of black students attending predominantly white schools) peaked around 1990 and has declined significantly over the past three decades. The problem of racial isolation is exacerbated by district lines, he notes, which often divide cities and neighborhoods fairly neatly by race.

The bulk of the funding for K-12 public education is provided by state and local governments, with only about eight percent coming from the federal government.