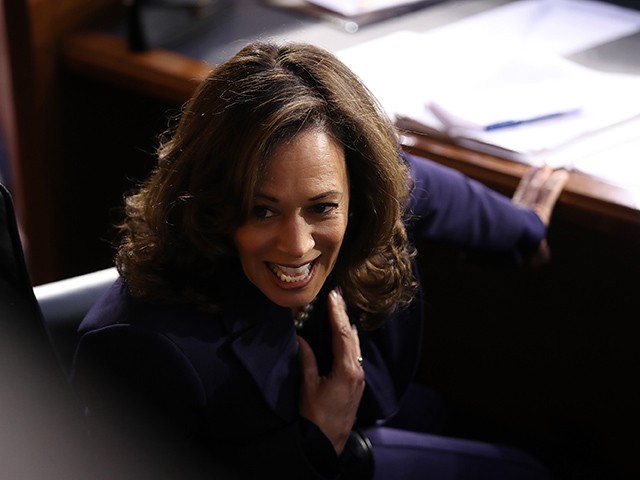 The Senate Judiciary Committee questioned Supreme Court nominee Brett Kavanaugh last Wednesday regarding a letter delivered to Sen. Kamala Harris (D-CA) in which an anonymous woman claims she was repeatedly raped by the judge without providing any details to investigate.

According to committee transcripts released Sunday, the accuser, who signed the mysterious letter as “Jane Doe,” alleges Kavanaugh and a friend raped her “several times” after giving her a lift home from a party — making no attempt to claim a time or place for the lurid story.

The accuser claims Kavanaugh groped her, slapped her, and force her to perform sexual acts. “They forced me to go into the backseat and took 2 turns raping me several times each. They dropped me off 3 two blocks from my home,” the accuser wrote, claiming the pair told her, “No one will believe if you tell. Be a good girl.”

The letter, marked with the word “urgent,” did not include a return address, nor did it offer clues regarding the accuser’s background. “A group of white men, powerful senators who won’t believe me, will come after me” if I reveal the incident, the accuser wrote, prompting observers to speculate the sender could be a minority.

The accusation was met with a vehement denial from Kavanaugh, who characterized the allegation as nothing short of “ridiculous.”

“Nothing ever – anything like that, nothing,” the Supreme Court nominee told senators concerning the accusation. “I mean, that’s – the whole thing is just a crock, farce, wrong, didn’t happen, not anything close.”

Read the full letter below (Spaces added for easier reading):

The current situation regarding the accusations made by Dr. Ford against Brett Kavanaugh have prompted me to write you today. I have moved on with my life since he forced himself on me as well. The times were so different, and I didn’t expect to be taken seriously, embarrass my family, be believed at all. I was at a party with a friend. I had been drinking. She left with another boy, leaving me to find my own way home. Kavanaugh and a friend offered me a ride home. I don’t know the other boy’s name. I was in his car to go home. His friend was behind me in the backseat. Kavanaugh kissed me forcefully.

I told him I only wanted a ride home. Kavanaugh continued to grope me over my clothes, forcing his kisses on me and putting his hand under my sweater. ‘No,’ I yelled at him. The boy in the backseat reached around, putting his hand over my mouth and holding my arm to keep me in the car. I screamed into his hand. Kavanaugh continued his forcing himself on me. He pulled up my sweater and bra exposing my breasts, and reached into my panties, inserting his fingers into my vagina. My screams were silenced by the boy in the backseat covering my mouth and groping me as well. Kavanaugh slapped me and told me to be quiet and forced me to perform oral sex on him. He climaxed in my mouth. They forced me to go into the backseat and took turns raping me several times each.

They dropped me off two blocks from my home. ‘No one will believe if you tell. Be a good girl,’ he told me. Watching what has happened to Anita Hill and Dr. Ford has me petrified to come forward in person or even provide my name. A group of white men, powerful senators who won’t believe me, will come after me. Like Dr. Ford, I’m a teacher, I have an education, a family, a child, a home. I have credibility. Just because something happens a long time ago, because a rape victim doesn’t want to personally come forward, does not mean something can’t be true.

On Monday, the White House issued revised guidance to the FBI that agents can interview anyone they deem relevant as part of their investigation of Kavanaugh. President Donald Trump ordered the FBI to reopen Kavanaugh’s background investigation Friday after several women accused Kavanaugh of sexual misconduct.

Kavanaugh has strongly denied all allegations, issuing the following statement through the White House on Friday:

“Throughout this process, I’ve been interviewed by the FBI, I’ve done a number of ‘background’ calls directly with the Senate, and yesterday, I answered questions under oath about every topic the Senators and their counsel asked me. I’ve done everything they have requested and will continue to cooperate.”

According to multiple reports, the investigation could wind down as earlier as Monday or Tuesday.

In a Senate floor speech Monday afternoon, Majority Leader Sen. Mitch McConnell (R-KY) vowed lawmakers will vote this week on Kavanaugh’s nomination to the Supreme Court. “The goalpost keeps shifting, but the goal hasn’t moved an inch. Not an inch,” said the Kentucky senator. “Let me make it very clear. The time for endless delay and obstruction has come to a close. Judge Kavanaugh’s confirmation is out of committee. We’re considering it here on the floor… We’ll be voting on it this week.”