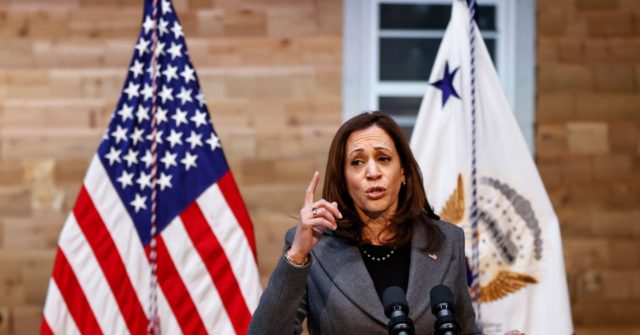 Vice President Kamala Harris’ speechwriting team has lost its leader with Kate Childs Graham confirmed Friday to be joining a host of former colleagues by heading for the exit.

Herbie Ziskend, deputy communications director to Harris, paid tribute to his departing colleague when he announced her loss on social media:

“Kate is committed, hard-working, hilarious – a great colleague and friend,” he said. “I’ll miss working with her every day, but excited for her next adventure.”

.@kchildsgraham46 is a star, and has been an integral part of Team @VP during this first year. Kate is committed, hard-working, hilarious – a great colleague and friend. I’ll miss working with her every day, but excited for her next adventure.

The departure follows a string of farewell messages as staffers leave the employ of the vice president, many of them vacating public facing roles in the press office.

Not only are staff leaving, those who stay complain of problems and endure constant backstabbing, chaos, and dissatisfaction, as Breitbart News reported.

Numerous sources have leaked to the establishment media details of the feud consuming Harris’s office that has spilled out over to the wider Biden administration.

The infighting has resulted in four staffers heading for the exits before the new year.

The lack of office organization has left staffers angry about being “treated like shit” in a work environment of “abuse,” Breitbart News reported.

Vice President Kamala Harris’s aides are in a panic, stating she is “f*cking up” and perhaps “shouldn’t be the heir apparent” for 2024. https://t.co/ALui8OIhjV

“It’s obvious things aren’t in a great place, so I understand the urge to sub in a new team but that misdiagnoses the problem,” another insider told the Hill of Harris’s office. “The problem is there has never been a coherent strategy. It has always been an operation that lurches from one chaotic moment to the next.”