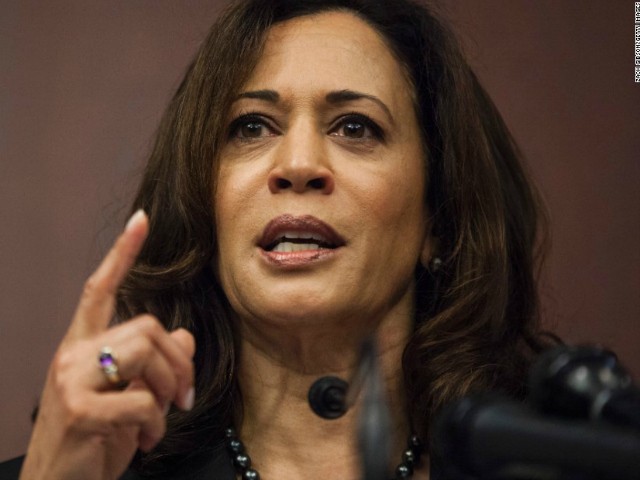 Sen. Kamala Harris (D-CA) said on Tuesday evening that Christine Blasey Ford, the Northern California psychology professor who has accused Supreme Court nominee Brett Kavanaugh of sexual assault while they were high school students, “should not be bullied” into testifying on Monday before the Senate Judiciary Committee.

“I support Dr. Blasey Ford’s request for an FBI background investigation before a hearing. She should not be bullied into participating in a biased process and we should not rush forward before facts are gathered,” tweeted Harris, who sits on the Judiciary Committee.

I support Dr. Blasey Ford’s request for an FBI background investigation before a hearing. She should not be bullied into participating in a biased process and we should not rush forward before facts are gathered.

Ford’s lawyers sent a Tuesday evening letter to Senate Judiciary Committee Chairman Chuck Grassley (R-IA) indicating that Ford will not testify before an FBI investigation into her allegations. In the letter, Ford’s attorneys wrote that “a full investigation by law enforcement officials will ensure that the crucial facts and witnesses in this matter are assessed in a non-partisan manner, and that the Committee is fully informed before conducting any hearing or making any decisions.”

“We would welcome the opportunity to talk with you and Ranking Member Feinstein to discuss reasonable steps as to how Dr. Ford can cooperate while also taking care of her own health and security,” the letter continued.

One of Ford’s lawyers, Lisa Banks, told CNN’s Anderson Cooper on Tuesday evening that Ford “is not prepared” to talk to the Judiciary Committee on Monday before an FBI investigation and “can’t focus” on the hearing after receiving death threats.

Harris, a potential 2020 presidential candidate, was the first Senator to interrupt Grassley during the first day of Kavanaugh’s confirmation hearings that Democrats tried to turn into a circus. During the confirmation hearings, Harris continued to try to grab the spotlight with her antics, which the Los Angeles Times even conceded “failed miserably.”

Harris, who often sounds like a Planned Parenthood spokeswoman, was also condemned when she shared an edited video clip of Kavanaugh during the confirmation hearings to make it seem like Kavanaugh told Senators that he viewed contraceptives as “abortion-inducing drugs.”