Far-left Canadian Prime Minister Justin Trudeau is facing a popularity collapse, several polls published this weekend found, in the aftermath of his handling of the ongoing “Freedom Convoy” anti-mandate protests – with both supporters and opponents of the protesters.

Trudeau has branded the thousands participating in trucker-led protests nationwide “a few people shouting and waving swastikas” and described them as wearing “tinfoil hats.” He has refused to engage in any discussions with those supporting a full repeal of civil rights violations in the name of containing the Chinese coronavirus pandemic and rejected calls from members of a variety of political parties in the country to appeal to unity and dialogue to resolve the protests.

The “Freedom Convoy” is a national series of peaceful protests characterized by truckers using their large vehicles to block international crossings along Canada’s southern border and occupy major cities, using honking as their act of discontent. In Ottawa, the national capital, protesters have been present for two weeks, organizing dancing, free meal distributions, children’s entertainment, and other activities that have given the protests a festival atmosphere.

The protesters are most urgently opposed to Chinese coronavirus vaccine mandates and sanitary mask mandates but have also called for the government to stop limiting assemblies and shutting down businesses. 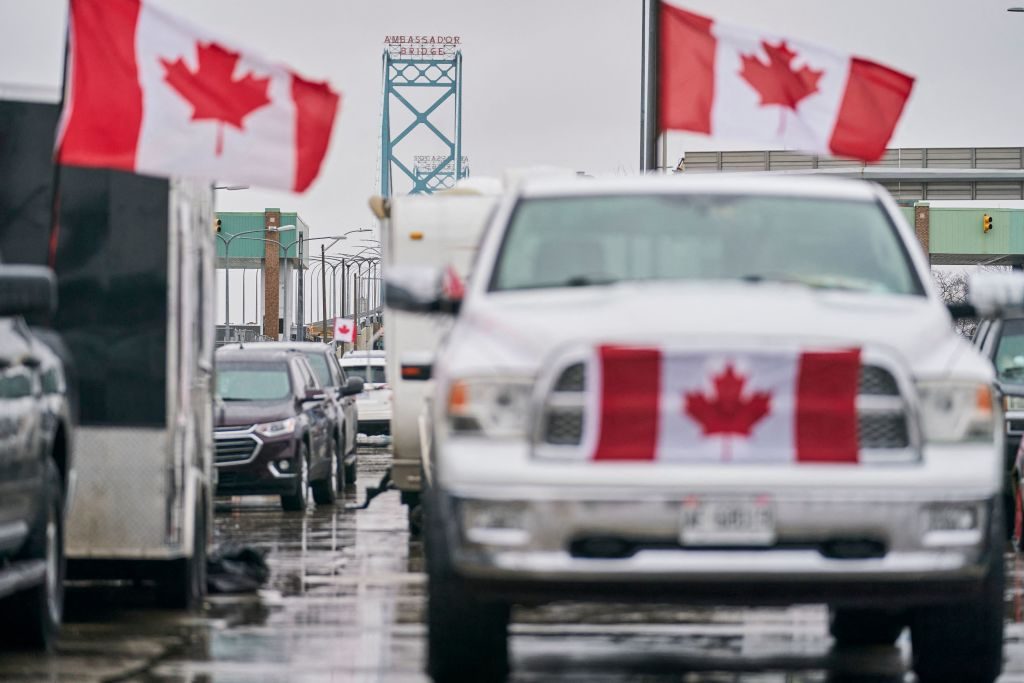 The polling firm Maru Group found in a poll published Monday that nearly half of Canadians, 48 percent, believe Trudeau “is not up to the job of being prime minister.” Only 35 percent say that he is. The protests appear to be clearly to blame: only 16 percent said that Trudeau’s handling of the “Freedom Convoy” made them want to vote for him, compared to 63 percent actively discouraged to do so by the handling of the situation. A majority, 53 percent, believe that Trudeau has not acted in a way befitting a prime minister in the face of the protests.

The numbers are not an indication of any widespread support for the protests. On the contrary, the respondents’ distaste for Trudeau appears to be coming from disagreement with the protests and a sense that the protesters are winning while Trudeau fails to act, making him appear “weak.” In a separate poll published Saturday, 56 percent said they did not support the “Freedom Convoy” “in any way, shape or form.” A higher number, 64 percent, said they considered the protesters a threat to democracy; the same number “support using the Canadian Armed Forces” to clear out the trucks.

Yet over half in the Monday survey, 53 percent of respondents, said that Trudeau looked weak when facing the “Freedom Convoy,” compared to 17 percent who said yes when asked if he looked “strong” in his attempts to stop the protests. Another 44 percent said that they believed Trudeau had personally worsened the situation.

Both polls were conducted from February 9 to 10.

Maher to Trudeau: “…you do sound like Hitler.” https://t.co/yk8qU3EoiK

Another recent poll, published by Abacus Data and spark*advocacy on February 8, found that Ottawa residents, in particular, appear to blame Trudeau more than any other local leader. More than half of respondents, 56 percent, rated Trudeau’s handling of the protests as “poor” or “very poor,” more than Mayor Jim Watson, Premier Doug Ford, the police, or the city council. That number among the majority in the capital who said they opposed the protests, 54 percent said Trudeau was handling the protests “poorly” or “very poorly;” that number rose to 64 percent among those who support the protesters.

Nearly half, 49 percent, of all respondents said Trudeau should meet the protesters. The vast majority, 88 percent, who support the protests said the same. Trudeau has adamantly ruled out doing so.

The Maru poll found limited national support for the “Freedom Convoy” but more than the support Abacus Data found in Ottawa, where the largest iteration of the trucker protests has currently parked itself. This disapproval makes Trudeau’s lamentable support an even bigger political problem, particularly in light of the growing public condemnation of Trudeau from the left. 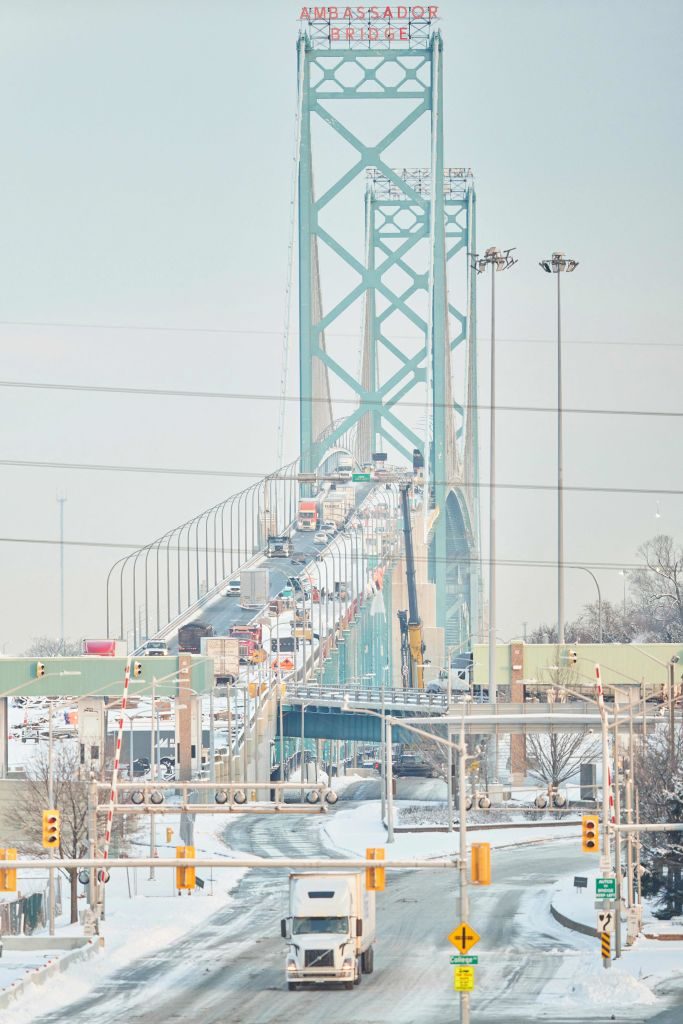 Trudeau faced widespread criticism from all sides of the debate for his abrupt disappearance at the beginning of the convoy, which he blamed on a positive test for Chinese coronavirus. Trudeau hid in an “undisclosed location” for a week due to his medical condition, but took time out of his quarantine to issue a public statement confirming he will never meet with the protesters for any reason and calling them “conspiracy theorists.”

“The concerns expressed by a few people gathered in Ottawa, right now, are not new, not surprising, are heard, but are a continuation of what we’ve unfortunately seen in disinformation and misinformation,” Trudeau said from the undisclosed location in late January, “online conspiracy theorists, about microchips, about God knows what else that go with tinfoil hats.”

Trudeau had previously described people who did not choose to ingest a Chinese coronavirus vaccine product as “racist” and “misogynist,” without elaborating.

When he finally returned to Parliament last week, he was met by multiple successive days of jeering drowning out his remarks during question time. Asked to repudiate his divisive language about the protesters, Trudeau equated them with Nazis.

“A few people shouting and waving swastikas does not define who Canadians are,” Trudeau asserted, refusing to address any concerns about open-ended civil rights curbs nationwide.

Complaints expanded to those on the left, who asked him to answer for his “stigmatizing and divisive approach” to the situation.

Perhaps the most aggressive opposition Trudeau is facing from the left did not come from those concerns about his intransigent language, however, but from communist New Democratic Party (NDP) leader Jagmeet Singh, the primary promoter of a conspiracy theory that former American President Donald Trump, lawmakers like Sen. Ted Cruz (R-TX), and the American “alt-right” are behind the Canadian protests. Singh has used his remarks in Parliament to demand Trudeau act to cut alleged foreign aid and unveil the true puppetmasters behind the protests, not to ask for unity and reconciliation.

“People are fed up and we need to immediately seek leadership to fix this, to solve this, to protect people,” Singh asserted.

Singh’s message appears to have resonated – 67 percent of respondents in the Maru poll that found widespread disapproval of Trudeau said they believed the protesters “are being heavily funded and supported by foreign interests.”