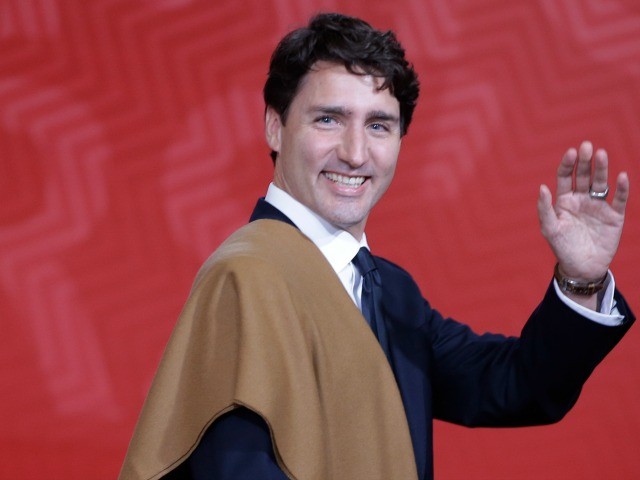 Canadian Prime Minister Justin Trudeau’s government will extend $595 million in tax relief over a five-year period to news media outlets it defines as “eligible,” according to the Toronto Star.

The tax relief will include tax breaks for consumers who purchase subscriptions from news media outlets, refundable tax credits for news media outlets’ operational costs, and the extension of charitable status to non-profit news media organizations; registered charities with the Canada Revenue Agency (CRA) can issue charitable receipts to donors and benefactors for donations.

Eligibility will be determined by the government and government-established panels. Details regarding such determinations were not provided.

The Canadian government offered the following details of its proposal:

The Trudeau government created a slush fund for “the country’s struggling journalism industry.” It’ll be doled out through boutique tax credits for approved media companies, costing taxpayers $595 million over 5 years… so what % of Canadian journalists receive taxpayer funding?

Expect more of this deliberate story censorship after the Liberal‘s Media Bailout!

They’re using your tax dollars to:
1) sponsor enrichment
2) pay for the coverup when said enrichment goes against their narrative

Our government and media are LYING TO YOU! https://t.co/sZFzu3IP6l

So there will be some sort of Trudeau-appointed panel of journalists set up to decide which media organizations are “legitimate” enough to deserve tax breaks from Ottawa. And if conservatives find problem with this, they’re “conspiracy theorists.” I see. https://t.co/xB1Cprt6HV

A thriving free press is essential to Canada’s democracy, but the seemingly incestuous relationship between the Liberal government and a union representing journalists makes this media aid package highly questionable.

Honestly, with this, free speech in Canada dies. If you don’t fit the criteria set by the Liberals, you won’t get taxdollars. Every person in this country should oppose this, and the people who accept these funds. https://t.co/WRThI6iW9L

Trudeau has just nationalized new journalism. The panel who will select who gets money based on “journalistic standards” will be set by him in both accounts, no doubt. Any journo that takes this money will no longer be independent. Thus dies journalism. https://t.co/vAbNIaPIqR

The Toronto Star reports that the Liberals will dole out $595,000,000 to journalists, but only to those who are “trusted”.

Can you imagine those conversations, on the phone with @gmbutts?

“We’d really like to support your newspaper — but we need to know: can we trust you?” https://t.co/XwhT9YjQBE

“A key question that remains unanswered is which organizations will be eligible for the new measures & which ones will be excluded. The govt said the package will aim to help “trusted” news organizations”.

So it’s an ideological test, a subjective test.

Does Trudeau trust you? https://t.co/voJHs2lOmQ