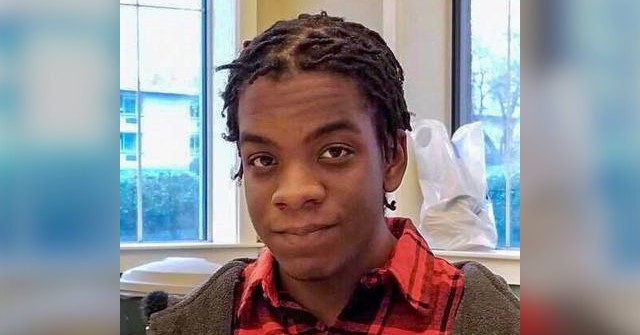 Justin Howell, a 20-year-old Texas student, has brain damage after he was hit by “less-lethal” ammunition fired by an Austin Police Department (APD) officer during a protest over the death of George Floyd, Austin police said Wednesday.

Howell, a Texas State University student, was shot in the head May 31 after police attempted to fire a round at another man, who allegedly threw a water bottle and backpack at officers.

Justin’s brother, Josh, wrote in an op-ed for Texas A&M’s student newspaper, The Battalion, that his brother has a fractured skull and may have difficulty “telling his left from his right,” according to doctors.

“I knew who this unidentified black man was at around 5:45 that morning, though I confess I sometimes have trouble thinking of him as a ‘man.’ His name is Justin Howell. And he is my little brother,” Howell wrote.

Howell condemned Austin police chief Brian Manley for offering no apology during a press conference where he admitted that officers told other protesters to bring Justin toward them “to get him medical help” yet continued firing on those individuals with less-lethal rounds. That moment was purportedly captured on video and has been making the rounds on social media:

This is the most disgusting report yet.

Justin Howell was shot by Austin police. Officer told them to carry him to the police for help. When they did the police shot them all.

In a statement obtained by KVUE, Manley expressed deep remorse over Howell’s condition.

“I’m crushed. I’ve cried a few times today,” he said. “This was two very young people that we believe are from our community, but regardless of what community they are from… one is, at least, fighting for their life and the other one has been seriously injured, as well.”

Police have launched a level-one investigation over the matter, Manley said.