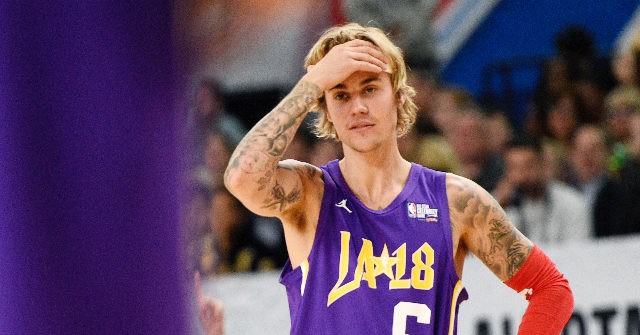 Pop star Justin Bieber was slammed for using audio clips of speeches from the late Rev. Dr. Martin Luther King Jr. on his new album, Justice, as social media users accused the singer of being “tone deaf.” King’s family, however, gave Bieber a message of support in the midst of the social media-fueled backlash.

One Twitter user accused the singer of “profiting off of the civil rights movement as a white man,” adding, “his album is called ‘justice’ and has an MLK interlude but speaks nowhere of social justice, and is focused on love & relationships.”

Another Twiter user echoed those sentiments, noting that a love song follows the MLK clip.

Justin Bieber has an “MLK Interlude” on his album. Then, an 80’s inspired pop song about dying for love comes on next. pic.twitter.com/11uBfJVGb3

In a follow-up tweet, the social media user saidhe “still can’t get over” Justin Bieber naming his album “Justice” before transitioning into a song that isn’t about civil rights, and expressed his dismay over “no one at the label” thinking to tell Bieber that it wasn’t a good idea.

I still can’t get over Justin Bieber naming his album “Justice”
and using that MLK audio clip before transitioning into a Fame Monster leftover. Also, no one at the label thought to tell him… this ain’t it. I don’t know why I’m so annoyed. But, I’m annoyed. It’s dumb pandering. pic.twitter.com/mMiDlPSt7F

Another Twitter user suggested that Bieber using MLK clips in his album is evidence that he doesn’t have “real black people around him,” because they would have advised him not to do that.

“Who in the hell let Justin Bieber walk out the studio with an album called Justice w two samples of MLK and every track got him having a grand ol white ass time singin bout his wife over synthesized pop beats… my blood pressure gets higher every day, on god,” commented another Twitter user.

Another social media user also wondered who told the singer it was okay to use the MLK audio clips.

Who told Justin Bieber it was okay to include MLK on his new album and why was it Hailey? #Justice

Other Twitter users expressed that they enjoyed Bieber’s new album but made sure to caveat their comments with their opinion that the singer could have done without the MLK clips.

Another Twitter user went as far as to say that “humanity” is now “irredeemable” due to the fact that Bieber released an album featuring a King speech as an interlude.

Another Twitter user likened people saying MLK would have supported Bieber to an incident in 2013 in which the singer sparked outrage when he wrote in a guestbook at the Anne Frank Museum, saying he hoped Frank would have been a fan.

“Truly inspiring to be able to come here. Anne was a great girl. Hopefully she would have been a belieber,” Bieber had written of the Holocaust victim.

But at least one member of King’s family did offer a message of support, as the daughter of the civil rights activist, Bernice King, took to Twitter to thank the pop star, and shared the singer’s tweet in which he expressed his support for several organizations and causes.

Each of us, including artists and entertainers, can do something.

Thank you, @justinbieber, for your support, in honor of #Justice, of @TheKingCenter’s work and of our #BeLove campaign, which is a part of our global movement for justice. #MLK #EndRacism https://t.co/nTkR1XdcvW

Bieber is being bashed by a liberal mob that he joined not long ago in calling for Fox News host Laura Ingraham to be fired from the network. In July 2019, Justin Bieber demanded President Trump to “let those kids out of cages.”