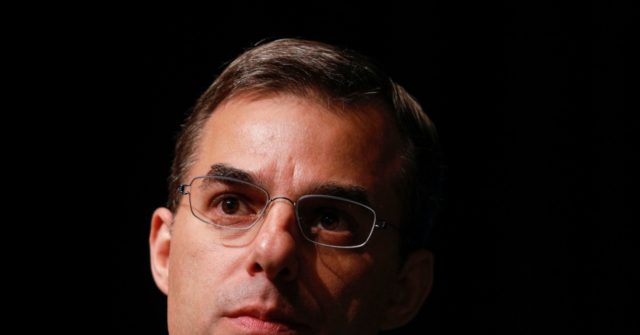 “Today, I am declaring my independence and leaving the Republican Party,” Amash wrote in a Washington Post op-ed Thursday morning. “No matter your circumstance, I’m asking you to join me in rejecting the partisan loyalties and rhetoric that divide and dehumanize us. I’m asking you to believe that we can do better than this two-party system — and to work toward it. If we continue to take America for granted, we will lose it.”

His move follows months of criticism of not just the president but of his own colleagues, being the first sitting Republican lawmaker to join Democratic calls for an impeachment inquiry in May. He shared his disdain via Twitter:

People who say there were no underlying crimes and therefore the president could not have intended to illegally obstruct the investigation—and therefore cannot be impeached—are resting their argument on several falsehoods:

In the editorial,  the five-term Michigan representative listed the alleged failures of the Republican Party, Congress and the American political system as a whole. He wrote:

The Republican Party, I believed, stood for limited government, economic freedom and individual liberty — principles that had made the American Dream possible for my family. In recent years, though, I’ve become disenchanted with party politics and frightened by what I see from it. The two-party system has evolved into an existential threat to American principles and institutions.

His surprise announcement comes barely 24-hours after it was revealed how far behind he was in his own district, according to a poll obtained exclusively by Breitbart News.

Amash is polling at just 17 percent in the GOP primary, trailing State Rep. Jim Lower by double digits. Lower, who announced his candidacy as Amash revealed his support for impeaching Trump, is at 27 percent–a 10-point lead over Amash. Meanwhile another Amash challenger, State Rep. Lynn Afendoulis, is tied with the congressman for 17 percent–meaning one challenger to the incumbent representative is beating him by double digits and a second is already tied with him.

Another challenger, activist Tom Norton, is at 5 percent in this poll. Pete Meijer, the heir to the Meijer supermarket chain fortune who just announced his candidacy on Wednesday, polls at just 4 percent in this survey. Thirty percent of respondents were undecided.

The poll, conducted by Strategic National, surveyed 400 likely Republican voters in Michigan’s third congressional district from June 29 to July 1 and has a margin of error of 4.89 percent.