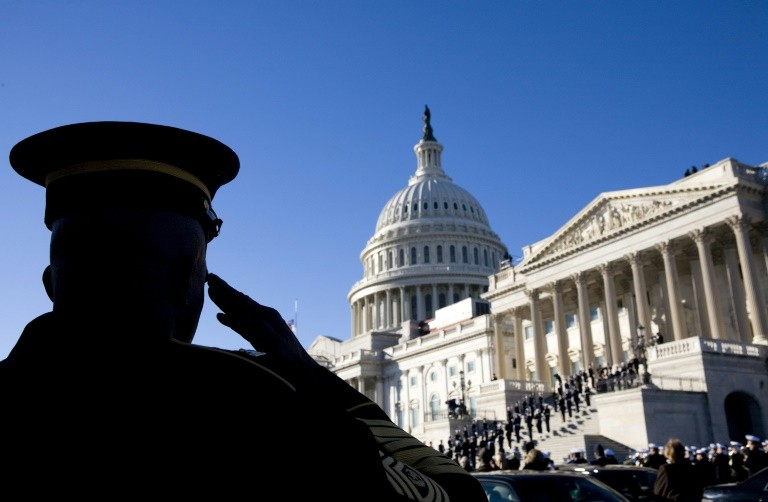 The Department of Justice (DOJ) has been litigating several cases regarding that policy since 2017. Transgender individuals had never been able to serve in the U.S. military, but Barack Obama attempted to change that policy shortly during his final term, and President Trump inherited that attempted policy change shortly after taking office.

“To assemble a military of qualified, effective, and able-bodied persons, the Department of Defense [DOD] has traditionally set demanding standards for military service,” the “cert petitions” explain. “Given the unique mental and emotional stresses of military service, a history of most mental health conditions and disorders is automatically disqualifying.”

The American Psychiatric Association’s Diagnostic and Statistical Manual of Mental Disorders (DSM) has long categorized transsexuality as such a condition, first calling it “transsexualism,” then “gender identity disorder,” and most recently, “gender dysphoria.” But with the 2013 change to the latest label, the association shifted its stance to say that it no longer considered nonacceptance of a person’s biological sex to be a disorder, unless accompanied by certain symptoms.

The Obama administration decided to allow transgender individuals to serve in uniform, sparking a debate among military policy experts, though the new policy stance was not set to take effect until July 2017, six months after the end of Obama’s tenure in office.

On July 26, 2017, President Trump settled the debate by announcing that the U.S. military would not include transgender individuals. DOD subsequently formulated a policy allowing some transgender individuals but not others. On December 2017, a federal district judge issued a nationwide injunction blocking DOD’s policy across the country.

Pursuant to later, more detailed instructions from the commander-in-chief, Defense Secretary James Mattis conducted a study, modifying the original assessment and recommending that some transgender individuals can serve, but those with a history of gender dysphoria that results in expensive gender-reassignment surgery and others therapies that render them unable to serve for significant lengths of time should not be able to serve in uniform. The specific military need is that those serving in uniform must be “free of medical conditions or physical defects that may require excessive time lost from duty.”

In March 2018, President Trump adopted that recommended policy. On April 13, 2018, a federal judge in the U.S. District Court for the Western District of Washington [State] refused to lift the preliminary injunction blocking the first version of the policy. The District of Columbia federal court likewise refused to lift its identical injunction on August 6 and the Central District of California did the same on September 18.

DOJ appealed all three of those decisions. On November 23, Francisco took the extraordinarily rare step of asking the Supreme Court to take each of those cases now, rather than wait for perhaps another year for the U.S. Courts of Appeals for the Ninth Circuit and D.C. Circuit to issue decisions. Those two appellate courts are currently two of the most liberal courts in the nation, and widely expected to affirm the lower courts’ blocking of the policy.

“This Court has long accorded a healthy deference to legislative and executive judgments in the area of military affairs,” explains the first petition. It adds:

That deference reflects the recognition not only that courts are ill-equipped to determine the impact upon discipline that any particular intrusion upon military authority might have, but also that military authorities have been charged by the Executive and Legislative Branches with carrying out the Nation’s military policy. The Mattis policy would thus warrant deferential review even if an analogous policy in the civilian context would call for closer scrutiny.

Although the Supreme Court almost always waits for a federal appeals court to render a final decision on a case before the justices will review it, federal law and Supreme Court rule 11 give the justices jurisdiction over a case at any point after it is first docketed with the appellate court. The Trump administration has asked for the High Court to exercise that rule a couple times, most recently in the legal challenges to the DACA amnesty program for illegal aliens.

This upsurge in petitions for certiorari before final judgment is attributed to the rapid increase of district judges with liberal judicial philosophies issuing nationwide injunctions over the past two years, essentially blocking entire federal policies. Historically, district courts would render relief only for the parties in the case before them, or at minimum would often stay broad decisions while the government takes the case up on appeal.

The cases are Trump v. Karnoski, Trump v. Jane Doe 2, and Trump v. Stockman, and have not yet been assigned docket numbers in the Supreme Court of the United States.