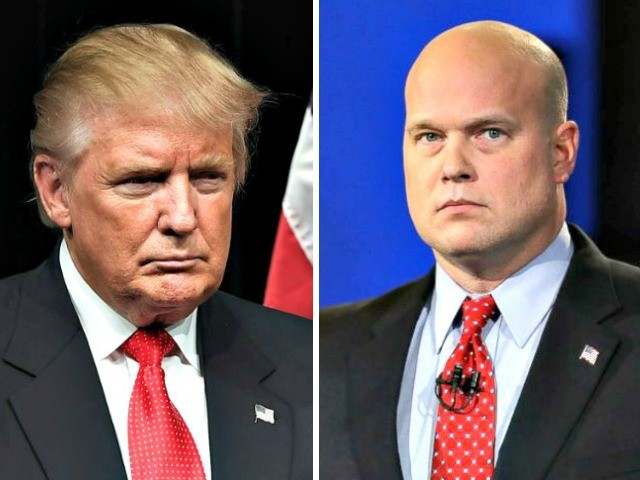 WASHINGTON, DC – The U.S. Department of Justice (DOJ) is defending the legality of President Donald Trump’s appointing Matthew Whitaker as acting attorney general, showing the president’s decision is consistent with the Constitution, federal law, and Supreme Court precedent, as the State of Maryland seeks a court order ousting Whitaker.

Assistant Attorney General Steven Engel, head of DOJ’s Office of Legal Counsel (OLC), issued an OLC Memo on Wednesday making the legal case for Whitaker, pointing out at the outset that two prior OLC Memos, issued in 2003 and 2007, reached the same conclusion regarding presidential authority to appoint an acting attorney general.

The Appointments Clause of the Constitution requires that “principal officers” (i.e., senior officials) in federal agencies must be nominated by the president and confirmed by the Senate. That Article II provision says further that for all lower-ranking officers, Congress can specify whether each is appointed by the president directly (without the Senate), by department heads, or by the courts.

The Vacancies Reform Act specifies three ways that temporary appointments can be made when senior positions become vacant. President Trump invoked one of those three, 5 U.S.C. § 3345(a)(3), to appoint DOJ chief of staff Whitaker to temporarily serve as acting attorney general.

Various presidential critics attacked the appointment, acknowledging that the president’s actions are authorized by the Vacancies Reform Act, but arguing that this federal law is unconstitutional under the Appointments Clause.

Breitbart News editorialized on the absurd results that would follow if a president had no authority to fill those senior roles temporarily when vacancies exist. A new president from a new party taking over would have to keep the entire senior staff of the opposition party, and units like U.S. Attorney Offices would shut down completely because none of the dozens of career prosecutors in the office would be constitutionally eligible to take over their cases when the only Senate-confirmed official – the partisan U.S. attorney appointed by the former president – leaves or is fired by the new president.

Now OLC is weighing in, building on the 2003 OLC Memo originally signed by Acting Assistant Attorney General Ed Whelan. Ironically, Whelan was the principal deputy assistant attorney general, but under the same Vacancies Reform Act, he was temporarily serving the place of the Senate-confirmed head of OLC during a vacancy very similar to the one involving Whitaker.

The Supreme Court declared in 1898 in United States v. Eaton that a non-Senate-confirmed official may fill Senate-confirmed positions “for a limited time” and “under special and temporary conditions.”

Engel further shows how many presidents from the beginning of the Republic, and as recently as George W. Bush and Barack Obama, used precisely the same authority to do precisely the same thing. Many of those criticizing President Trump’s action were prominent in the law at those times and raised no objections.

This is hardly an academic debate that will linger without resolution. Maryland is currently in a lawsuit against the Trump administration concerning part of the Affordable Care Act (a.k.a, Obamacare). Former Attorney General Jeff Sessions was a named defendant, and the DOJ is, of course, the agency defending all of the relevant actors in the federal government.

Maryland argues that as the case is amended to name a substitute defendant for Sessions, that substitute must be Deputy Attorney General Rod Rosenstein, instead of Whitaker. Because the DOJ’s pleadings against the Obamacare lawsuit are due shortly, and the acting attorney general has the final authority to decide which arguments the U.S. government makes in the case, Maryland is asking for the district court to expedite ruling on whether Whitaker is in charge instead of Rosenstein.

That ruling could be taken up in what is called an interlocutory appeal to the U.S. Court of Appeals for the Fourth Circuit, currently one of the two most liberal federal appeals courts in the country. From there, the losing party could petition the Supreme Court to decide the matter.