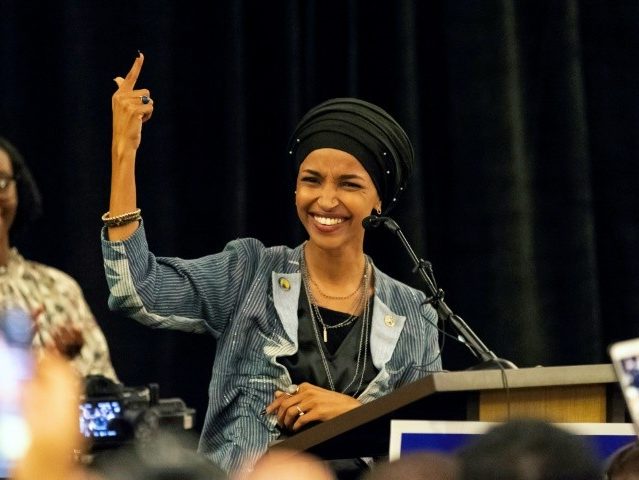 Ilhan Omar, the newly-elected U.S. representative from Minnesota’s 5th congressional district, and a member of the left-wing “Justice Democrats,” argued against a 2017 bill in her state that increased penalties for female genital mutilation.

Omar is being celebrated as one of the first two Muslim women elected to Congress, and a member of a new cohort of young, “progressive” and “diverse” representatives who purportedly represent the future of the Democratic Party.

welcome to the future of the democratic party pic.twitter.com/etuNQgMdLn

Yet Omar’s stance on female genital mutilation (FGM) is anything but “progressive.”

In 2017, she questioned a bill in the Minnesota State House against the practice, making it “a felony for parents to subject their daughters to the procedure and calls for loss of custody and prison terms from five to 20 years, depending on the extent of the injuries,” as well as “increas[ing] penalties for those who perform the procedure,” the Minneapolis Star-Tribune reported.

While she agreed that the practice was “heinous,” and ultimately voted for the bill — contrary to at least one report — Omar claimed that FGM should not be singled out by a new law, and that parents should be charged under existing laws. She was quoted in local news as arguing: “I don’t want us to create laws because we want to get into the media and because we want a flashy headline.” She also reportedly opposed removing victims from their parents’ custody, according to Alpha News.

The bill later failed in the Republican-controlled Minnesota State Senate.

The issue came to the fore Tuesday after a federal judge in Michigan tossed out federal criminal charges against a group of Muslim defendants who had carried out FGM on young girls, ruling the federal ban unconstitutional. The state laws against the practice are valid, but the federal law overstepped constitutional boundaries, the judge ruled.

Update: While she argued against the bill, Omar ultimately voted for it. The article has been updated to reflect that fact.