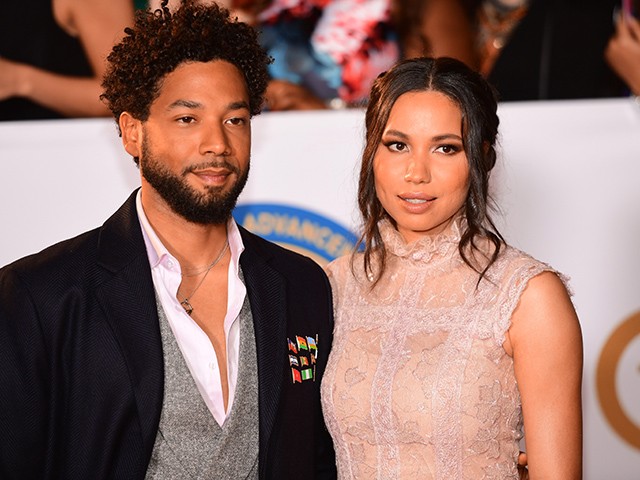 The family of Empire actor Jussie Smollett issued a statement on Thursday condemning his alleged assault as a “racial and homophobic hate crime” and called on law enforcement to treat the matter as domestic terrorism.

Smollett plays the gay character Jamal Lyon on Empire. He alleges two men beat him, hurled racist and homophobic insults, and doused him with an “unknown chemical substance.” The actor reportedly said the suspects then put a rope around his neck before running away.

Smollett returned to his apartment after the alleged incident, and his manager, Brandon Moore, called law enforcement from there about 40 minutes later, according to Chicago Police. His attackers purportedly yelled that he was in “MAGA country,” an apparent reference to the President Donald Trump campaign’s “Make America Great Again” slogan, according to Moore.

Read the family’s full statement below:

In the early hours of Tuesday morning, our beloved son and brother, Jussie, was the victim of a violent and unprovoked attack. We want to be clear, this was a racial and homophobic hate crime. Jussie has told the police everything from the very beginning. His story has never changed, and we are hopeful they will find these men and bring them to justice. Our family thanks everyone for their prayers and the huge amount of love he has received. We are thankful to our village for your immense support during this trying time. We are so grateful that God saw him through this cowardly attack alive.

Jussie is a warrior whose light cannot be dimmed. We want people to understand these targeted hate crimes are happening to our sisters, brothers and our gender non-conforming siblings, many who reside within the intersection of multiple identities, on a monthly, weekly, and sometimes even daily basis all across our country. Oftentimes ending fatally, these are inhumane acts of domestic terrorism and they should be treated as such. They will continue to occur until we hold each other accountable. Make no mistake, words matter. Hateful words lead to hateful actions. Radical love is the only solution, but passivity will be our downfall. We, as a family, will continue to work for love, equity and justice until it reigns supreme in our nation and all over the world.

Smollett has five siblings who have all been involved in the entertainment industry, first acting together in the short-lived 1990s television series On Our Own. His sister Jurnee Smollett-Bell (pictured, right) has also worked regularly in television, with recurring roles on Friday Night Lights and True Blood.

Meanwhile, detectives have recovered more surveillance footage of Smollett walking in downtown Chicago before and after he says he was attacked by two masked men, including video of him arriving home with a rope around his neck. However, they are still searching for footage of the attack itself. The video from a surveillance camera at Smollett’s apartment building showing him arrive home with a rope around his neck is part of a larger effort to obtain as much footage as possible of his walk from a Subway restaurant to his apartment at around 2 a.m. Tuesday.

Earlier Thursday, TMZ reported a neighbor of Smollett claimed to have a man who looked like a “redneck” lurking near the entrance to their apartment building roughly 90 minutes before the alleged attack. The neighbor, who told the media outlet she did not want to be identified, claims to have seen the man anxiously pacing between the complex’s entrance and parking garage around 12: 30 a.m. Tuesday. She said the man had had “scruff on his face” and wore a blue winter beanie, a blue sweatshirt and jeans short enough to reveal he was wearing “thick, grey hunting socks.”

Police spokesman Anthony Guglielmi said detectives, who are investigating the case as a possible hate crime, have pieced together more footage from the hundreds of public and private surveillance cameras in that area of downtown Chicago, which is home to many high-end hotels and restaurants. However, they still have not found video of the attack or the men who match Smollett’s description of the suspects.