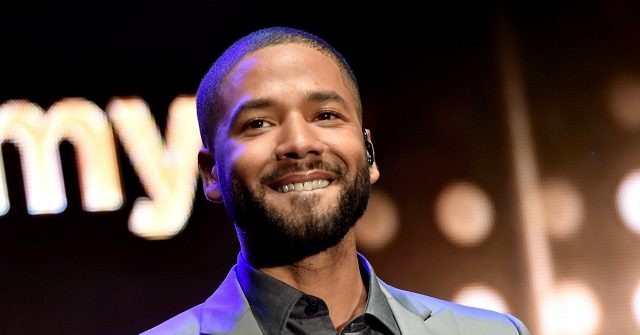 Actor Jussie Smollett is reportedly using the current Black Lives Matter protests sweeping the country to put pressure on the Chicago Police Department, which is suing the Hollywood star over his hate-crime hoax from last year.

The Chicago PD is suing Jussie Smollett for $130,000 related to the cost of investigating the actor’s claim that he was assaulted in the middle of the night by two men who yelled, “This is MAGA country.”

Smollett’s story drew international attention but eventually fell apart to humiliating effect after mounting evidence indicated that the Empire actor orchestrated the entire incident by hiring two extras from his TV show to pose as the assailants.

TMZ reported Monday that Smollett filed court documents in which he invoked the current protests in response to George Floyd’s death to impugn the Chicago PD.

“As we see millions across the country rise up to protest and expose police misconduct, the City, by its refusal to produce the requested documents, is choosing to actively resist a citizen’s lawful efforts to reveal dishonesty,” the filing said.

TMZ reported that Smollette is seeking documents about the termination of Chicago PD Superintendent Eddie Johnson, who he says was involved in his case from the start and is therefore relevant to the case. The City of Chicago is arguing that the case is about Smollett lying to law enforcement, and not Johnson, and is opposing the actor’s  request.

Smollett pleaded not guilty in February to a six-count indictment charging him with disorderly conduct and falsely reporting that he was the victim of the fake attack in Chicago. Mayor Lori said that actor Jussie Smollett needs to “prosecuted to the fullest extent of the law” for staging the fake racist and homophobic attack.

The Hollywood star reportedly missed a deadline earlier this year to pay a $130,106.15 bill intended to cover the cost of police overtime in his investigation. The actor almost evaded the law last year when prosecutors mysteriously dropped all charges against him. The decision angered police officials as well as Chicago’s then-mayor Rahm Emanuel, who called it a  “whitewash of justice.” As part of the deal,  Smollett’s record was expunged of the 16 felony counts related to making a false report.

Some reports noted at the time that Cook County State Attorney Kim Foxx had close ties with former First Lady Michelle Obama. Smollett campaigned for President Barack Obama and appeared with the first couple at public events. Eventually, Chicago special prosecutor Dan Webb brought the new charges against Smollett, saying that further prosecution of the actor is “in the interest of justice.”