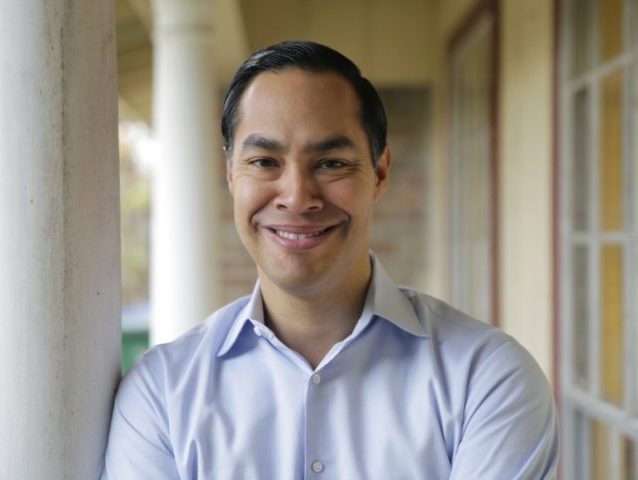 In an interview with the Associated Press, Castro said he will make a decision on running for the presidency on January 12. The move to form the committee gives the 44-year-old a head start on a crowded field of nearly 30 possible Democrat presidential primary candidates, including former Vice President Joe Bide, Sens. Bernie Sanders (I-VT), Kamala Harris (D-CA) and Cory Booker, and outgoing Rep. Robert Francis “Beto” O’Rourke (D-TX).

Forming an exploratory committee not only signals to supporters that a potential candidate is heavily considering running but also allows them to raise campaign funds.

“I know where I’m leaning, for sure,” Castro told the AP.

“People might say right now, ‘Well, hey, you’re way down here in polling that’s taken.’ The most dangerous place to be right now is actually in the pole position,” he continued. “It doesn’t bother me that in December of 2018 I’m not right up at the top of the list. If I decide to run, it would be because I believe I have a compelling message and I’m going to work hard and get to the voters and I believe I can be successful.”

Asked whether O’Rourke, a fellow Texan who has quickly established a national brand and won the support of several Obama supporters, would pose serious challenges to his own bid, Castro said, “He’s talented. He ran a good race against Ted Cruz,” adding that he would let the congressman “talk about his future.”

Castro, the grandson of Mexican immigrants, is slated to appear alongside his twin brother Joaquín Castro (D-TX) on the Late Show with Stephen Colbert this week, where he will likely discuss running for president in 2020. Speaking before the Hispanic Leadership Summit at the United Nations Monday, Castro took several veiled shots at President Donald Trump, stating “In the last couple of years, I can’t think of another community that has been used as a punching bag as much as the Latino community has.”

“We must be more intentional than ever when it comes to supporting public policy that could dismantle those barriers that still exist to our full democratic participation, and helping to elect folks – both Latino and non-Latino – that will represent well communities of color,” Castro told attendees of the conference.

In a statement released Wednesday afternoon, Republican National Committee spokesman Michael Ahrens ridiculed the idea of Castro running for president, saying “There’s arguably no bigger lightweight in the 2020 field” than the former Obama official. “His mayoral job was largely ceremonial, he was in totally over his head at HUD, and no, he doesn’t even know Spanish,” said Ahrens.