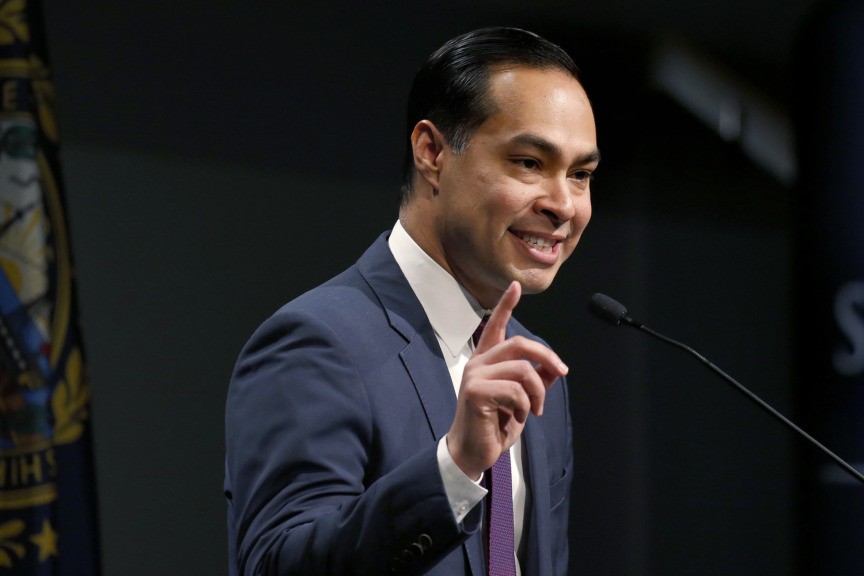 Saturday on MSNBC’s “AM Joy,” former HUD Secretary Julian Castro, a candidate for the 2020 Democratic presidential nomination, said the best thing for Gov. Ralph Northam (D-VA) to do in the wake of his Klan robe and blackface yearbook controversy is to resign his post.

Castro said he would not refuse to campaign in Virginia, however, if Northam remained governor.

CASTRO: What we want as Democrats is a country where everybody counts, and everybody is respected — whether you’re talking at the state level, federal level or anywhere in the country. And this sends exactly the opposite message that you could have somebody that engaged in that kind of behavior, that did it when he was an adult, that did it in 1984, so this wasn’t 60 or 70 years ago. It never came forward about it in the first place until it was picked up by journalists. I think that the best thing for him to do is to step aside and to resign.

REID: Would you refuse to campaign in Virginia if he is still the governor?

So sure, I would go and campaign in the state because Virginia for the conduct of this one man. What I do think is that Governor Northam should step aside. And it’s gotten bizarre this morning, as y’all just mentioned, some have mentioned because last night he seemed to — you know, he offered an apology basically took responsibility for this. And then this morning, at least if we believe these news reports, he seems to be saying that’s not him in the photo. And if you think about his yearbook caption from the Virginia Military Institute from college and the slur of a nickname that he had, you know, it’s something about all of that doesn’t add up.

And I’m not sure at this point after his apology and given the other information that we have about the other yearbook, that he should even be given the benefit of the doubt saying it’s not him.