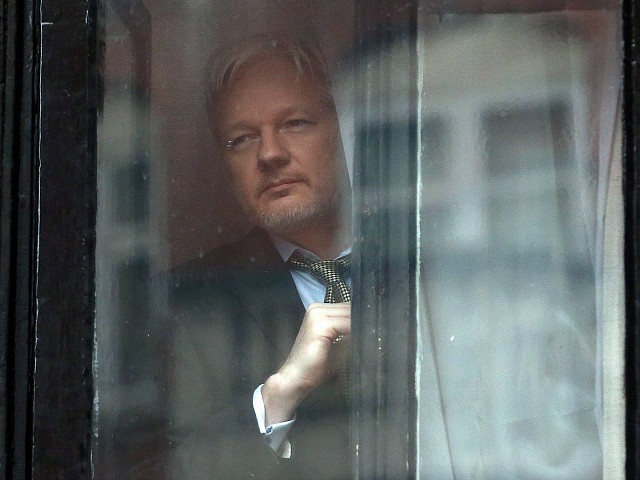 WikiLeaks founder and former Editor-in-Chief Julian Assange is reportedly suing Ecuador for violating his “fundamental rights and freedom” while he’s been taking sanctuary in the Ecuadorian embassy in London.

According to Sky News, “Baltasar Garzon, a lawyer for WikiLeaks, has arrived in Ecuador to launch the case, which is expected to be heard next week in a domestic court.”

In a statement, WikiLeaks accused Ecuador of “violating” Assange’s “fundamental rights and freedoms.”

“The move comes almost seven months after Ecuador threatened to remove his protection and summarily cut off his access to the outside world, including by refusing to allow journalists and human rights organisations to see him, and installing three signal jammers in the embassy to prevent his phone calls and internet access,” WikiLeaks declared. “Ecuador refused to let Human Rights Watch General Counsel Dinah PoKempner, who likened Ecuador’s isolation to ‘solitary confinement’ see him as well several meetings with his lawyers. Ecuador’s measures against Julian Assange have been widely condemned by the human rights community.”

“Assange’s lawyers are also challenging the legality of the government’s ‘Special Protocol’ reported in the news this week. The protocol makes Assange’s political asylum contingent on censoring his freedom of opinion, speech and association,” the organization continued. “The protocol also requires journalists, his lawyers and anyone else seeking to see Julian Assange to disclose private or political details such as their social media usernames, the serial numbers and IMEI codes of their phones and tablets with Ecuador — which the Protocol says the government may ‘share with other agencies.’ The Protocol claims the Embassy may seize the property of Mr. Assange or his visitors, and, without a warrant, hand it over to UK authorities.”

In September, it was announced that Assange would no longer be WikiLeaks’ Editor-in-Chief, with former WikiLeaks spokesman Kristinn Hrafnsson taking over the position, due to Ecuador’s silencing of Assange’s communication to the outside world for more than six months.

In the same month, a WikiLeaks lawyer claimed Assange’s six-year stay within the Ecuadorian embassy, where he was unable to get frequent natural light and fresh air, had caused “a considerable physical as well as psychological toll.”

This month, following a seven-month communications ban, it was reported that Assange would have his Internet connection partially restored.