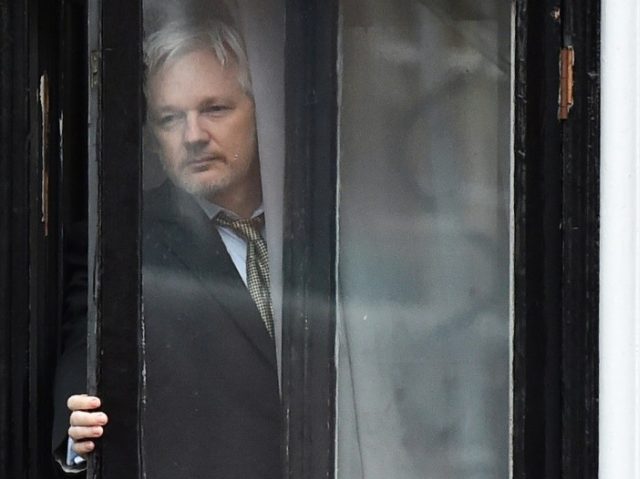 In Julian Assange’s final interview before Ecuadorian officials shut off his internet access, the WikiLeaks founder told the World Ethical Data Forum in Barcelona, Spain, that artificial intelligence will replace capitalism, not only by transforming current industries but by creating “whole new sectors.”

Citing technology giants such as Google, Facebook, and Amazon, Assange warned that Silicon Valley’s biggest and most powerful companies will deploy A.I. to gather big data, leading to a reconstitution of the global economic order. “Look at what Google and Baidu and Tencent and Amazon and Facebook are doing,” Assange began.”They are basically open-cut harvesting the knowledge of humankind as we express it, when we communicate with each other, this classical model, which people in academia call “surveillance capitalism” has changed now.”

“It’s a really very important and severe economic change. Which is to take the surveillance capitalism model and transform it instead into a model that does not yet have a name, an “AI model,’” he added.

The WikiLeaks founder mused how artificial intelligence could have transformative effects on the global labor force, including the replacement of entire “intermediary sectors,” which the Austrian-born hacker says makes up a substantial chunk of the Internet.

“Which is to use this vast reservoir to train Artificial Intelligences of different kinds,” Assange told the forum. “This would replace not only intermediary sectors – most things you do on the internet is in a sense more efficient intermediation – but to take over the transport sector, or create whole new sectors.”

In March, the Ecuadorian government disconnected Assange’s internet access and barred him from receiving visitors for allegedly violating “a written commitment made to the government at the end of 2017 not to issue messages that might interfere with other states.” Officials accused the WikiLeaks founder, who has resided in Ecuador’s London embassy since 2012, of “put at risk the good relations [Ecuador] maintains with the United Kingdom, with the other states of the European Union, and with other nations.”