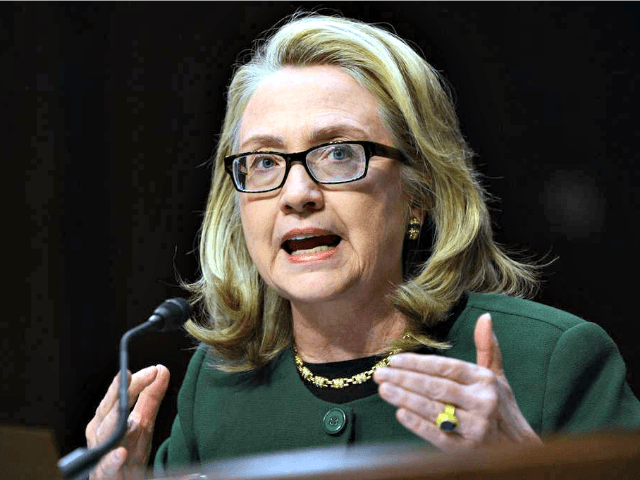 Judicial Watch was in federal court this week at a hearing regarding our request for testimony under oath from former Secretary of State Hillary Clinton, Cheryl Mills, and several other State Department officials about Clinton email searches.

Two and a half years ago, the Court granted plaintiff’s request for limited discovery, mindful of parallel proceeding before Judge Sullivan and the ongoing inquiries by the State Department’s Inspector General, the Federal Bureau of Investigation, and the House Select Committee on Benghazi. Since those proceeding have concluded, it is time to set a plan for further proceedings in this case.

In 2014, a related Judicial Watch case brought to light the fact that the “Internet video” talking points regarding the Benghazi attack were orchestrated in the Obama White House.

In March 2016, U.S. District Court Judge Royce Lamberth granted us “limited discovery,” ruling that “where there is evidence of government wrong-doing and bad faith, as here, limited discovery is appropriate, even though it is exceedingly rare in FOIA cases.” In May 2016, Judicial Watch filed an initial Proposed Order for Discovery seeking additional information. The State Department opposed Judicial Watch’s proposal, and in December 2016 Judge Lamberth requested both parties file new proposed orders in light of information discovered in various venues since the previous May.

Judicial Watch seeks both documents and depositions. The documents requested include:

In addition to documents, Judicial Watch seeks depositions, including a deposition of Hillary Clinton that would include Mrs. Clinton’s testimony on:

[the] identification of individuals (whether State Department officials, other government officials, or third-parties, including but not limited to Sidney Blumenthal) with whom Secretary Clinton may have communicated by email.

It is frankly unbelievable that the State Department is still protecting Hillary Clinton and her aides from being asked basic questions about her illicit email system. The courts were misled and obstructed by Hillary Clinton’s email scheme and we hope to get some more answers about this scandal.

At the hearing this morning, Judge Lamberth excoriated the Justice Department and FBI for false statements about the Clinton email issue. He also said he was “dumbfounded” by the Justice Department for granting immunity to Cheryl Mills, a top Clinton aide. Judge Lamberth noted he had found Mills to have committed perjury in another Judicial Watch lawsuit. In an April 28, 2008, ruling relating to Ms. Mills conduct as a White House official in responding to concerns about lost White House email records, Judge Lamberth called Cheryl Mills’ participation in the matter “loathsome.” He further stated Mills was responsible for “the most critical error made in this entire fiasco… Mills’ actions were totally inadequate to address the problem.”

Judge Lamberth made no ruling today but one is expected soon.