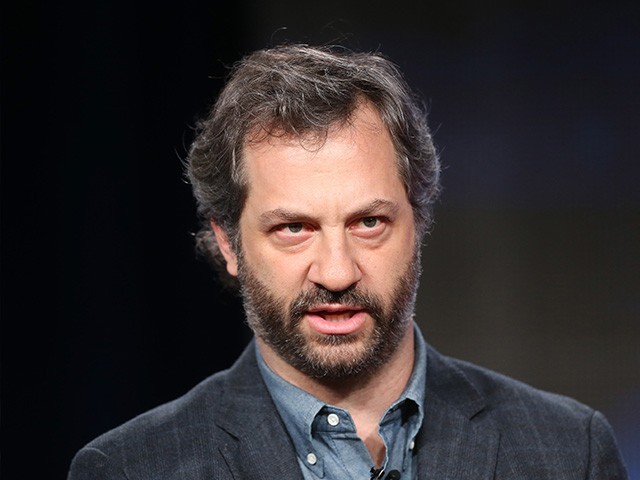 Hollywood director Judd Apatow declared President Donald Trump an “insane idiot” and renewed calls for his removal from office  in response to comments the president made Thursday during his daily White House briefing on the Chinese coronavirus pandemic.

Judd Apatow tweeted: “Trump is an insane idiot and if our government worked at all he would be impeached and removed immediately.”

Trump is an insane idiot and if our government worked at all he would be impeached and removed immediately. https://t.co/rzjyKvKMZ1

Apatow was reacting to comments President Trump made Thursday at the daily White House briefing, in which the president discussed exploring possible COVID-19 treatments, including special kinds of lights and disinfectants that would kill the virus.

President Trump didn’t endorse the possible treatments, saying that officials are looking into them. “It sounds interesting to me,” the president said.

The 40-Year-Old Virgin director has been one of  Hollywood’s most consistent Trump antagonists, regularly sounding off on social media about his antipathy for the president and the Congressional Republicans who support him.

Last month, Apatow called President Trump a “con man” and said that Senate Majority Leader Mitch McConnell and other Republicans should be prosecuted. “They are all murderers,” he wrote.

I think @senatemajldr and all of these politicians should be prosecuted when this is done for the lies which cost thousands of deaths. He knows Trump is a con man who lied to everyone to delay bad news and that led to thousands of additional deaths. They are all murderers. https://t.co/T0JPLOi8g0

Apatow has also been one of Hollywood’s most vocal proponents of impeaching President Trump. Even after the president’s acquittal in the Senate, the filmmaker has continued to bang the impeachment drum, tweeting that there is “enough proof that he should not be president.”

Impeach. There is enough proof that he should not be the President. His hatred is even worse than his corruption. https://t.co/K3zYZ8isXg

The Democrat-contolled House voted to impeach the president in December, but the Senate ultimately acquitted him on Feb. 5.