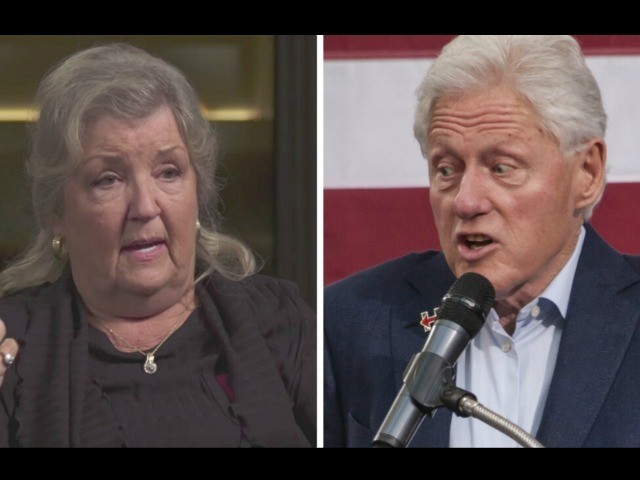 During a Tuesday softball interview with two-time presidential loser Hillary Clinton, CNN’s Christiane Amanpour asked the former first lady about the questions she can expect on the speaking tour she and Bill are about to launch.

“Obviously you’re going to be prepared to have questions about that moment in 1998, the impeachment, the allegations of sexual harassment against your own husband. Are you prepared to answer those questions?” Amanpour asked. [emphasis added]

Describing the numerous allegations against Bill Clinton as mere “harassment” goes beyond fake news and into the realm of outright lying.

Juanita Broaddrick, the retired nursing home administrator who has credibly accused Bill Clinton of raping her in 978, generously described Amanpour’s  use of the word “harassment” as a “gross understatement.”

“It continues to be  a gross understatement for CNN to refer to my claim of being raped by Bill Clinton as ‘sexual harassment,’” Broaddrick told Breitbart News via email. “But this is how they continue to handle questions to Hillary.”

“When will CNN have the fortitude to say my name and ask her straight out: ‘Do you believe Juanita Broaddrick?’” she added.

“I would also like for the question to be posed to Bill Clinton: ‘Did you rape Juanita Hickey in 1978?’”

Broaddrick explained that “Bill Clinton was asked only once” about her allegations “in 1999 by Sam Donaldson, and [Clinton] referred [Donaldson] to his attorney.”

“His attorney said [Clinton] did not rape Juanita Broaddrick.”

Broaddrick believes Clinton’s attorney was being slippery with that answer because at the time of the alleged rape, her name wasn’t “Broaddrick,” it was “Hickey.”

Broaddrick’s allegations, which she writes about in detail about in her book, are widely seen as credible. Although it took nearly 20 years for her to come forward, and only after she was forced to, she has contemporaneous witnesses to back up her accusation.

Amanpour’s downplaying of Bill Clinton’s alleged misconduct is also misleading when it comes to other Clinton accusers.

Paula Jones did not accuse Clinton of harassing her, she accused the former Arkansas governor of exposing himself to her in 1991, the year before he ran for and won the presidency. Moreover, Jones won a $850,000 settlement from Clinton, which was $100,000 more than she originally asked for.

A third Clinton accuser, Kathleen Willey, said that, right after the death of her husband, she went to Clinton hoping for a job so she could support herself. Instead, she alleges, the then-president of the United States groped her and rubbed himself up against her.