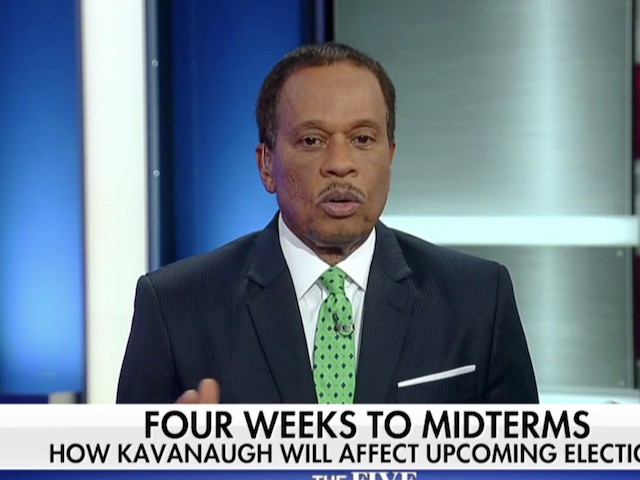 Juan Williams said, “There was a different tone for Sotomayor swearing-in versus last night. Last night was revenge of the Republicans. Republicans in the end zone doing a dance. So to me, the apology—out of line totally. Remember, the poll we showed a moment ago, gosh, we didn’t show you but guess what, most Americans disapproved of the way Republicans handled it as well.”

He continued, “The bottom line is 51 percent of Americans did not approve of this man’s confirmation. In addition, a majority of Americans believed Professor Ford, not Justice Kavanaugh. This is going to go on for some time, and if you want to get into women, wow American women are overwhelming in their disapproval of Kavanaugh. When you hear people say ‘Oh, my gosh, what we see here is President Trump basically having a campaign ad at the White House and throwing it in people’s faces.’ That’s what it felt like.”

Co-host Greg Gutfeld said, “He was apologizing to a family whose lives were ruined.”

Williams asked, “Why didn’t he apologize to Ms. Ford?”

Gutfeld shot back, “He doesn’t owe her an apology.”