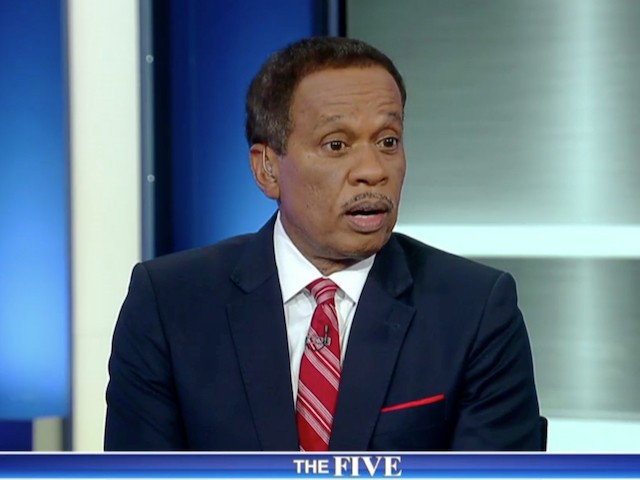 Co-host Juan Williams said, “Here is what he said, ‘Oh I put on this hat, and it gives me superpowers. I really want a father figure.’ And then he’s separated by the desk. He has to get up and walk around. Trump doesn’t even get up to hug the guy. He is there hugging Trump like he is holding on, he is trying to get something out of this.”

He continued, “You hear this man say stuff like, ‘Trump is on a hero’s journey.’ Maybe he’s on a folly. I don’t know. But it all looked like was some guy ranting. I am you know, personally offended by the kind of profanity he brought there. I don’t understand how anybody tolerated it.”

He added, “I don’t get this; when you have people like Common, Jay-Z, Kendrick Lamar doing things with President Obama, the right wing went nuts. They said these guys are rappers, some of them associate with thugs and gangsters. Hey, what about this guy? All of a sudden the man who insulted Republicans, the man who has nothing to say other than his hat gives him superpower, is a Republican hero? This is ridiculous. It’s absurd. And Don Lemon—amen! This is someone who is a shameful example of behavior in the presence of a powerful white man.”