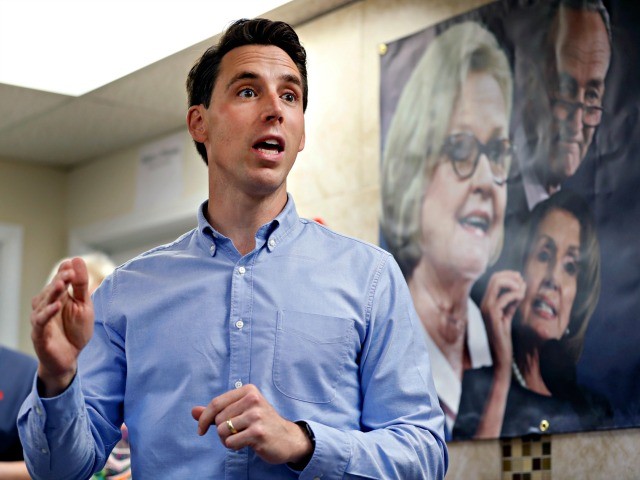 Senate challenger to Claire McCaskill Josh Hawley alerted voters Monday about the urgency of keeping radical Democrats in 2018 midterms from undoing what Missourians voted for in 2016.

“The confirmation progress of Justice Kavanaugh was an unprecedented smear campaign and unlike anything we’ve ever seen in American history or in American politics,” Hawley told reporters on a Monday press call. “Their attack on the institution of the Supreme Court is an unprecedented effort to delegitimize the basic institutions of American government, an entire branch of American government, Article III of the Constitution.”

“It is a radical, radical agenda that gets more aggressive by the day,” said Hawley, a “radical attempt to seize power and undo the 2016 election…” He said the future turns on the Missouri Senate race.

Hawley said he Missourians have expressed tremendous frustration over Democrats’ actions during the confirmation of Kavanaugh to the Supreme Court of the United States. “What I’ve heard from people over and over is they cannot believe this smear campaign that the Democrats mounted,” he said. He added they can’t believe Sen. Dianne Feinstein withheld the letter of Kavanaugh accuser Christine Blasey Ford “for months on end in order to get a circus-like atmosphere and hearing in order to derail this nomination.”

“It’s been a terrible stain on the United States Senate and I think voters are going to punish those who have engaged in the smear campaign at the polls, and that includes Claire McCaskill,” Hawley said of Democrats’ actions during the Kavanaugh hearings.

“[Sen’s] Chuck Schumer, Nancy Pelosi, [Cory Booker, and Kamala Harris] have made this agenda very clear and of course we know what their broader agenda is: open borders, allegiant military, higher taxes on the middle class, government-run health care, and now the impeachment of President Trump and Justice Kavanaugh,” said Hawley.

“The Democrat Party wants to undo everything the people of Missouri voted for in 2016 and they couldn’t be more open about it,” he went on. He called McCaskill a proven “partisan ally and reliable supporter” of those senators. He said Schumer has “spent more than $15 million to boost her election here” and that she has voted with Schumer 90 percent of the time.

He said Democrats know “They cannot win power in congress without Claire’s victory in November here in Missouri. This is an unprecedented power grab by Democrats in Washington.”

Asked if he thinks McCaskill has laid off criticism of Trump as the election draws near, Hawley responded he’s seen McCaskill “ridicule Trump in the most personal terms.”

“It should be very, very, very worrisome to Americans of good will, whatever political background, that this is what Senate Democrats are willing to do in order to seize power,” said Hawley.