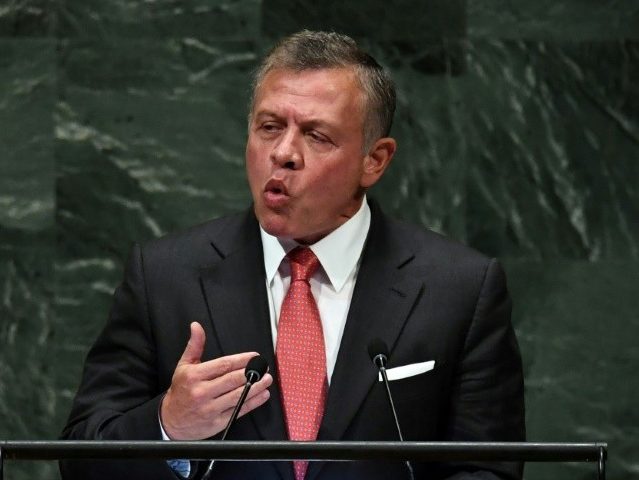 Jordanian King Abdullah II Bin Al-Hussein, while addressing the United Nations General Assembly on Tuesday, called on the international community to combat “Islamophobia,” deeming it a threat that fuels terrorism along with jihadi ideology.

An effective global response to terror also requires continued collective action. Let’s be clear about it: for all our victories, the fight against these outlaws, the khawarej of Islam, is not over. Winning the war demands a long-term, holistic approach, one that pairs security measures with strong initiatives that support inclusion and hope. Offline and online, we must counter all and I say all ideologies of hatred, including Islamophobia. Jordanians have led efforts to unite the world in mutual respect and understanding.

His remarks echoed comments he made before the international body in 2016.

During the general assembly’s annual meeting in September of that year, King Abdullah “decried both Western Islamophobia and the terrorist ‘outlaws’ who sully the name of Islam, warning the United Nation General Assembly that both threaten the future of society,” the U.N. reported.

“Racism, xenophobia, anti-Semitism or Islamophobia are … poisoning our societies,” the U.N. chief said in August 2017, adding, “It is absolutely essential for us all to stand up against them everywhere and every time.”

The U.S. provides Jordan with hundreds of millions of dollars each year in foreign aid, making the kingdom one of the largest recipients of American taxpayer funds.

In 2017 alone, U.S. assistance to Jordan, a member of the international coalition against the Islamic State (ISIS/ISIL), reportedly exceeded $1 billion.

Despite disagreements over U.S. President Donald Trump’s decision to recognize Jerusalem as Israel’s capital, his administration agreed to further increase assistance to Jordan, signing a memo of understanding in February to provide the Middle Eastern nation at least $1.275 billion a year annually over the next five years.

The Jordanian king stressed his support for a two-state solution that would include an independent Palestinian state with East Jerusalem as its capital and Israel.

“We will counter any attempts to change the holy city’s historic Arab Christian and Muslim identity,” Abdullah proclaimed.

Jordan joined 128 U.N. member states that urged the Trump administration to rescind its recognition of Jerusalem as Israel’s capital.