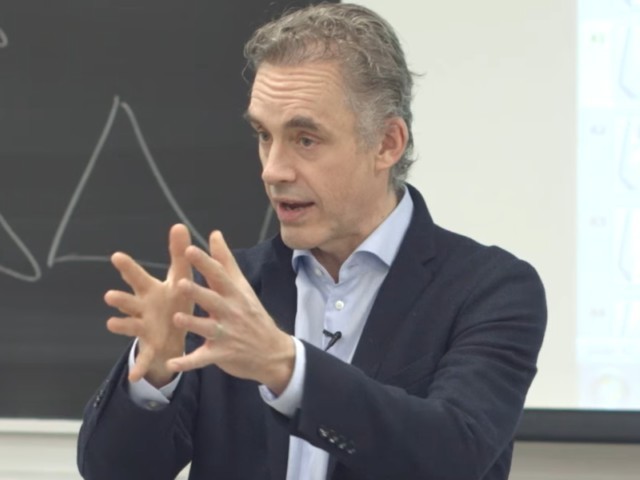 Jordan Peterson attempted to explain his call for Brett Kavanaugh to step down from his appointment to the Supreme Court in a blog post published on Tuesday.

In a blog post published on Tuesday, Professor Jordan Peterson attempted to explain a tweet in which he called for Bret Kavanaugh to step down from his appointment to the Supreme Court of the United States. Peterson’s followers aggressively pushed back against his call for Kavanaugh to step down, and he eventually clarified his thoughts on the topic in a subsequent series of tweets.

In the blog post, Peterson more or less argues that Kavanaugh should step down in order to promote peace and stability in the United States.

I asked myself a question, after reading these posts: “Is there an alternative to confirming or not confirming Kavanaugh?” When a choice appears starkly binary, a third path appears impossible, by definition — but might possibly still be worth seeking. I tried to place myself in Kavanaugh’s position, while generating a potential answer (and think that I can do so with some justification, having been publicly identified as reprehensible by many people—prominent journalists, activists, and academics among them).

I thought, “He can’t withdraw, prior to the nomination, because his reputation has been savaged so badly that withdrawal would not only mean loss of the Supreme Court nomination, but demolition of his entire career and future life.” So the only way for Kavanaugh was forward, through the FBI investigation, on to the nomination hearing, and the hope that he would be… what? Cleared? Not cleared, because it is too late for that, even given the favorable or at least not damning FBI report. A large percentage of the American public does not believe that he is an appropriate choice for the highest bench position in the land (51%, according to NY Mag). I’m not claiming, necessarily, that CNN’s poll is reliable. It doesn’t matter. What matters is that there is very widespread opposition to his candidacy, much of it generated not by people’s belief in his innocence or lack therefore but by their objection to the manner in which both parties handled the nomination process.

It’s not a good thing when there is general discomfort with the manner in which something as important as the naming of a new Chief Justice is undertaken. It doesn’t bode well for the stability and peace of the state (and perhaps–perhaps–there is nothing more important to preserve than that).

You can read the entirety of Peterson’s blog post here.