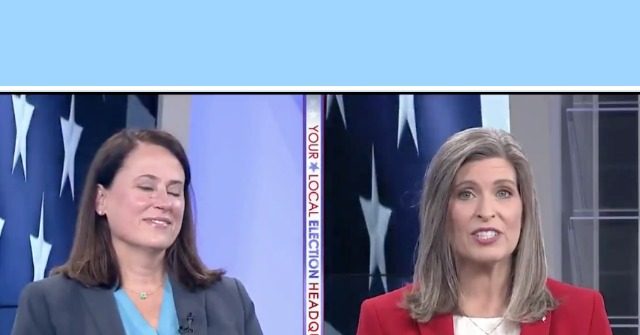 Ernst and Greenfield sparred in a fierce debate in Des Moines, Iowa, on Saturday night.

Ernst landed a decisive blow against Greenfield when she slammed the Iowa Democrat for leading a company, Colby Interests, that displaced small businesses for the multinational chain Aldi.

She asked rhetorically, “Why on earth would we take someone that has this record of dishonesty and failed business leadership to the United States Senate?”

The video of Ernst’s attack against Greenfield went viral, reaching nearly one million views on Twitter.

Why would we take someone with @GreenfieldIowa‘s record of dishonesty and failed business leadership to the United States Senate? pic.twitter.com/kEOA3EFYue

During a press conference with the Iowa Republican Party on Monday, Ernst said the record “could not be more” “stark” between herself and Greenfield.

I’ve spent my life in service to my country as a soldier I fought to protect our freedoms and our rights, things like voting. I was raised on a small Iowa farm, I worked my way through college, and then dedicated my life to serving my country, first as a local official, a combat company commander, and now as a senator, serving the people of Iowa has always has been and remains my purpose.

“I’m a fighter for Iowa jobs, and of course, I will take on any country, any regulations or tax, that would slow down our recovery and our growth,” she added.

“That stands in stark contrast to my opponent, Miss Greenfield, who, as we saw the debate this past Saturday, can’t answer for her disastrous business record as the top executive at Colby Interests,” she said.

Ernst added that she will always stand up for Iowa farmers and small businesses.